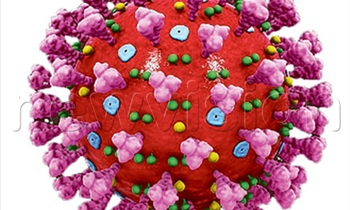 By Cecilia Okoth and Faustine Odeke

Health experts have expressed concern over the number of COVID-19 community cases registered in Tororo district.

Whereas Kyotera, Amuru and Buikwe districts have been categorised as Uganda's epicentres for community infections, experts yesterday revealed that Tororo could become the next hotspot.

This is not only attributed to the fact that it is a border district, but that truck drivers continue to mix with locals in the area. Dr David Cyrus Okumu, the Tororo District Health Officer, said Tororo has recorded 26 community cases since Uganda registered its first COVID-19 case on March 21.

During the interview yesterday, he said 22 of the cases got from a quarantine centre were contacts of truck drivers who came into the country via Malaba.

Three who tested positive were health workers at the Malaba point of entry.

Over the weekend, a restaurant operator based at the same border point tested positive for COVID-19.

"Truck drivers are still interacting with the community since most of them transport raw materials to local industries in the district, as well as food to the World Food Programme warehouses in Tororo town," Okumu said.

One of the measures that the district task force has since adopted is to conduct rapid tests in areas perceived to be hotspots in the district. These, according to Okumu, include communities surrounding the Tororo Cement industry, Agururu A 1 Village in Tororo municipality and Malaba town council.

Community cases or local transmission of COVID-19 began as a result of transmission at Uganda's border points as Ugandan truck drivers spread the illness to families.

Local transmission, also known as community transmission, is where the illness spreads within communities. This marks a shift from a situation where all previous cases were being imported into the country by truck drivers and travellers from highly affected countries.

"We talked about places with clusters of infections in the community early last week and Tororo came up," Dr. Monica Musenero, the presidential advisor on epidemics said.

The surveillance teams have intensified efforts in tracing suspects and sending them for treatment when found positive, she said.

Commenting on the continued interaction of truck drivers with the locals, Musenero said: "It is something we shall keep living with because the truck drivers have families in these places."

The World Health Organisation, in its latest advisory about management of local transmissions, said Uganda will only be in position to win the battle against COVID-19 by focusing on sub counties as battlegrounds.