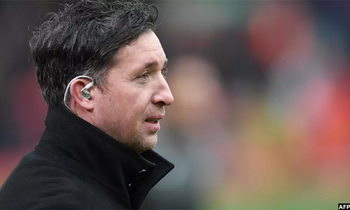 Fowler was appointed in April last year and he set about overhauling the squad, lifting them to fourth in the table before the A-League was suspended on March 24.

He headed back to England and had been non-committal when asked by British media when he would return.

"I would like to thank the club for the opportunity, and the Brisbane Roar FC fans for the warm welcome and support for me and the team. We are very proud of what we achieved," Fowler said in a statement.

The club cited "the current and ongoing coronavirus situation" as the reason for Fowler's departure.

"We are disappointed that the global pandemic has impacted our plans together but completely understand that family comes first during these difficult times," said club deputy chairman Chris Fong.

Anyone entering Australia currently must undergo a 14-day quarantine and time was running out for Fowler to return with the league due to resume on July 16.

He played 369 matches for Liverpool, scoring 183 goals in two stints between 1993 and 2007. He also played for Leeds, Cardiff and Blackburn before a spell in the A-League with the now-defunct North Queensland.