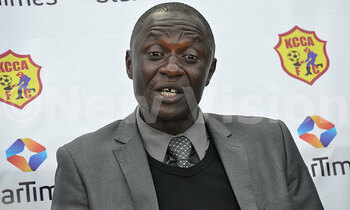 Lwanga was speaking after signing a three year deal with the Lugogo side.

"Its a dream come true to play for KCCA that has nurtured a lot of players. Playing under coach Mike Mutebi is another advantage and I believe I will be able to succeed. So expect the best from me," Lwanga said.

Lwanga joined KCCA after the FUFA Appeals Committee released him from SC Villa after going seven months without pay.

"I'm so excited to work with the players at the club. They are top quality players so I expect the competition levels to be up," added Lwanga.

KCCA went on to also sign midfielder Ashraf Mugume who was a free agent after being released by Vipers in January.

"I'm ready to perform despite there being a lot of competition at KCCA. KCCA is a winning team and I believe I will also play my part to ensure it continues to live up to this task," Mugume said.