The death toll from coronavirus in Brazil has hit 27,878, official figures showed on Friday, making it the country with the fifth-highest number of fatalities. 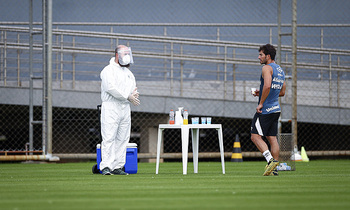 The right-wing populist president of Brazil wants the football season to resume even though the five-time World Cup winning country is a hotspot of the coronavirus pandemic.

Brazil is for many synonomous with football and many of the all-time greats, from Pele to Neymar, hail from the nation.

But Brazil is is also the epicentre of Latin America's coronavirus outbreak.

The death toll from coronavirus in Brazil has hit 27,878, official figures showed on Friday, surpassing the toll of hard-hit Spain and making it the country with the fifth-highest number of fatalities.

Football has been suspended in Brazil since mid-March but President Jair Bolsonaro recently told Radio Guaiba that footballers would likely not fall very ill with COVID-19.

"As footballers are young athletes the risk of death if they catch coronavirus would be dramatically reduced," Bolsonaro said. 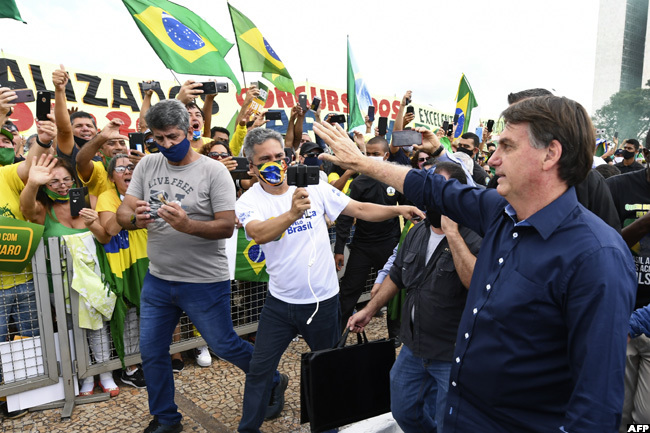 Back in March Bolsonaro also claimed that thanks to his own sporting past he would only suffer a slight cold if he caught the virus.

The president says his chief motivation for wanting football to get back underway is to curb unemployment and the misery that accompanies it.

"The players have to survive somehow," he said, explaining that while some top footballers earn a fortune, those from smaller regional leagues need to play "to feed their families".

The way Brazilian politics works, it is not in Bolsonaro's remit to restart football. This must be done by the regional states and municipalities. 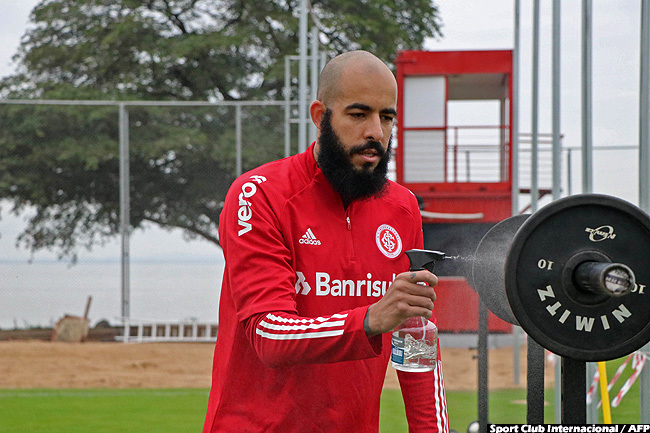 When football was suspended, seasons at the regional level were underway, but the national championship had been due to start in May and as yet there are no solid plans to begin.

Bolsonaro and his son held meetings on May 19 with the presidents of two Rio superclubs, Vasco da Gama and Flamengo.

Photos of Bolsonaro and his son wearing the shirts of the two clubs stunned social media, with official supporter groups claiming their image had been sold out to politics.

"This is just political intolerance," said Flamengo president Rodolfo Landim, explaining that Bolsonaro just wants football back as soon as possible and he himself "is defending the interests of Flamengo."

The day afer the meeting Flamengo were filmed by a TV Globo helicopter breaking the Rio lockdown rules by training without permission.

"Imagine all the young people who see Flamengo training, they'll want to go out of their homes and that is not possible," she said. 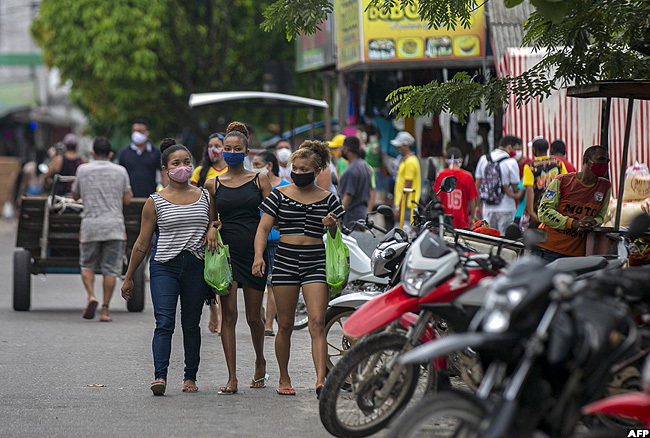 On Saturday, people walk in the port zone of the city of Breves, southwest of the Marajo Island, an island at the mouth of the Amazon River in the Brazilian state of Para

Rio mayor Marcelo Crivella, however, has authorised training to resume in June and sees matches taking place behind closed doors sometime in July.

Rio's two other major clubs, Fluminense and Botafogo, are on record as saying this seems premature.

One of Brazil's top sports journalists, Mauro Cezar Pereira, of ESPN Brazil also feels it is too soon.

"It reflects the fact that some clubs are deeply in debt and dependant on broadcasting income. The Bundesliga restart intensified the rush. But unlike in Germany, the infection curve is still climbing in Brazil."

Players may have little say in the matter, with the president of the Internacional club saying any player refusing to come back to training should instead resign.