Britain has Europe's highest death toll from the pandemic, with more than 46,000 fatalities attributed to the virus by mid-May. 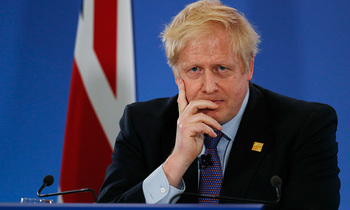 Britain has suffered the highest death rate from the novel coronavirus among the most-affected countries with comparable tracking data, according to Financial Times research published Thursday.

Subsequent analysis by the FT, which looked at data from 19 countries, indicate the virus has directly or indirectly killed 891 people per million in the UK, the highest comparable figure.

According to this measure, the UK death rate exceeds those in other countries also badly affected by the pandemic, including the US, Italy, Spain and Belgium.

Counting how many people died above a running average for the previous five years is considered by many experts to be the best way to give international comparisons, due to a lack of uniformity in the way countries collect data.

Britain has Europe's highest death toll from the pandemic, with more than 46,000 fatalities attributed to the virus by mid-May, according to ONS figures.

The government, whose separate tally of deaths confirmed by a positive test now stands at 37,460, has faced sustained criticism over its handling of the crisis.

According to the latest AFP tally, published Thursday, the coronavirus death toll in Europe has now passed 175,000, making it the worst affected continent.

In addition, Italy which does not count most deaths in care homes or the community has officially suffered 33,072 deaths, France 28,596 and Spain 27,118.

The US topped 100,000 fatalities on Wednesday and the global number of deaths now stands at more than 355,000.