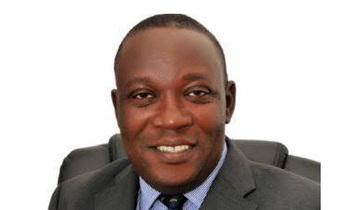 The COVID-19 pandemic has brought to light key areas of insecurity for the African continent. Africa's dependency on imports of essential medicines and healthcare supplies from Europe and Asia leaves a looming threat.

Besides the obvious crisis presented by a potential escalation of COVID-19 on the continent, which according to the United Nations could claim 3 million lives, an equally potent threat lies with China and India placing export freezes on key medical supplies that would help alleviate the pandemic.

Africa is the epicenter of the HIV epidemic, a fact made worse by the 70% co-morbidity ratio between AIDs and TB. It also accounts for 80% of all malaria sufferers. However, Africa imports 90% of all its pharmaceuticals despite being the source of nearly all the world's raw materials. The continent has failed to create an industrial base, where the real economic value lies. In many instances, Africa's disease burden has been used to bolster manufacturing scale to enhance Asian Pharmaceutical capacity and capability.

Ten years ago, the Pharmaceutical Manufacturing Plan for Africa was adopted. This was at the 3rd session of the African Union Conference of Ministers of Health (AU), to strengthen Africa's ability to manufacture locally and supply essential drugs to fight HIV/AIDS, Tuberculosis, and Malaria and to reduce Africa's dependence on external suppliers.

The COVID-19 pandemic has highlighted the importance of self-sufficiency, and this calls for the promotion of local production of pharmaceuticals. The pharmaceutical market of the East African region alone was worth US$5 billion with an expected growth of 12% per year however, local manufacturers barely served 10% of this demand.

We cannot ignore the inhibitors of local production such as scale, expensive asset bases coupled with older technology, and higher financing costs. Add to that lack of integration with active pharmaceutical ingredients suppliers, shortages of skilled professional personnel, and unreliable supporting infrastructures such as electricity, water, and transport.

Another major factor that has hindered the growth of the local pharmaceutical sector, is the fact that the majority of the funding for the most prevalent diseases is provided by international donors with stringent pre-requisites.

In 2008, the US government pledged $48b over 5 years to address the HIV/AIDS, tuberculosis, and malaria epidemics. The Global Fund and other donor agencies pledged similar amounts. Unfortunately, almost 100% of these medicines are outsourced from mainly Asian countries leaving African manufacturers with little or nothing. PEPFAR and other donor agencies can leverage their substantial procurement dollars to attract investors to the region and catalyse the development of sustainable private healthcare industry in sub-Saharan Africa.

There is a tremendous opportunity for African governments and donors to leverage local manufacturers in ways that improve access to cheap, efficacious, safe & relevant medicines and increase the manufacturing scale, stimulating the growth of the entire African economy.

Apart from employment and taxes, the Social and Economic Impact of local manufacturing cannot be overstated.

Changing global trade arrangements have seen countries like India and China, the major suppliers of pharmaceuticals to Africa, ratifying the World Trade Organisation's Trade-Related Aspects of Intellectual Property (WTO-TRIPS) agreement. This makes them an unreliable source of products that are still patented, which poses a huge risk for poor countries especially in sub-Saharan Africa (SSA) because they cannot afford branded alternatives.

To strike a balance between protection of innovation and saving lives of the poor, flexibilities were put in place within the TRIPS agreement, to allow the least developed countries to manufacture patented drugs. To fully utilise these TRIPS flexibilities, African countries must supplement or even substitute imported medicines with products from the region.

Firms like Cipla Quality Chemicals Limited (CiplaQCIL), one of the few plants on the continent that manufactures WHO prequalified ARVs and malaria drugs for many African countries, the private market and large donor agencies such as the Global Fund and the President's Malaria Initiative (PMI), are important in ensuring cheap drugs for Africa.

African governments need to partner with local manufacturers to catalyse the development of sustainable local manufacturing industry in sub-Saharan Africa. They, therefore,need to provide the following:

What should be borne in mind is that the road to self-dependence, economic growth, industrial stimulation, and job creation is through manufacturing and that local procurement and intra-African trade are key instruments in achieving this.

The writer is the co-founder - CiplaQCIL, Fellow ALI East Africa