Kitaka, without providing details on the Park ownership disputes and the possible contractor, disclosed that engagements have been ongoing and that KCCA was prepared to start work as soon as possible 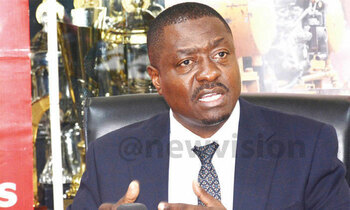 The Kampala Capital City Authority (KCCA) has pledged to launch the rehabilitation of the Old Taxi Park soon.

The KCCA executive director, Eng. Andrew Kitaka, told Members of Parliament that they will start with the tarmacking of the ground and the drainage system.

The MPS on Parliamentary committee on national economy toured different projects executed using funding from the Government of Uganda and other development partners such as the World Bank and the Africa Development Bank yesterday.

The legislators led by the committee chairperson Hajjat Syda Bbumba, asked the city authorities to immediately resolve the impasse surrounding the park ownership, to have it rebuild as soon as possible.

This was in the wake of a loan request worth $275m (sh900b) the Kampala minister, Betty Amongi presented before the committee last Tuesday.  The money is wanted to support the Kampala City Roads Rehabilitation project.

Kitaka, without providing details on the Park ownership disputes and the possible contractor, disclosed that engagements have been ongoing and that KCCA was prepared to start work as soon as possible, "even next week."

"The plan is to work on the carpet and the modern drainage system first. But we are also planning to construct a multi-level parking building," he said.

On the proposed arrangement by the Kampala ministry to turn the park into a bus terminal, Kitaka told MPs that the matter will be decided by the Cabinet.

In a bid to decongest traffic flow, the ministry of Kampala and Metropolitan Affairs has detailed a plan intended at reorganizing the operation of taxis and boda bodas in the city and introduce scheduled bus services in the central business district.

Amongi said the plan which among others suggests turning the Old Taxi Park into a bus terminal and creating a boda boda and Taxis free zone will be discussed by the Cabinet on Monday.

Kitaka insisted that after developing the Park, access will be restricted to a regulated number of taxis and drivers.