How did golfer Otile make it to the high table?

As a youngster, Otile's proximity to the Toro Golf Course helped him learn the basics of the game together with a number of other youngsters. 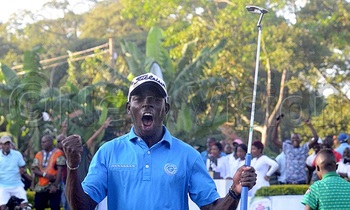 The Toro Golf Club is known for producing very good young golfers. The club has supplied more than half of the national amateur team players and the entire junior team, who often comprise of Toro artisan golfers.

But none of the youngsters has lightened up Uganda's golf scene than 25-year-old Ronald Otile, who in a space of four years won all that was there to win and reached several milestones than any golfer in the country.

As a youngster, Otile's proximity to the Toro Golf Course helped him learn the basics of the game together with a number of other youngsters, including Ronald Rugumayo, Titus Okwong, Adolf Muhumuza and Lawrence Muhenda, who all started as caddies and looked to emulate the then local star, Stephen Kasaija.

But it was after the 2014 Inter-Regional Golf Tournament won by Western Region in Jinja that Otile, who caddied for some players of the winning team, was officially introduced to the sport, with the then Western Region team manager, George Bagambisa, prophesying that the youngster was destined for greatness. 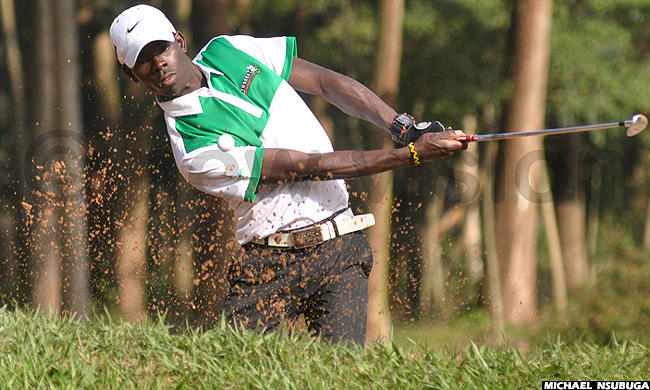 Otile developed an interest in golf at an early age

That year, he would go on to win the East Africa Golf Challenge with the national team at Entebbe Club.

In that tournament, he came from five holes-down to pick a vital half point against Tanzania's Victor Joseph on the 18th hole, where the latter failed to register a par that would have seen him win the match by one point.

Uganda won seven games and drew one on the final day to edge Kenya to the 16th edition of the tournament by one point (18.5-17.5pts).

The 2015 golfing calendar, besides the national team's historic Zone V1 Africa Golf championship victory of which Otile was part, will always be remembered for his incredible displays in the Uganda Open and Africa Championships.

Otile teamed up with Adolf Muhumuza in the Zone V1 championships and, against all odds, they won a game against South Africa in the four-balls to inspire Uganda to an historical Africa championship win against the all-time champions. 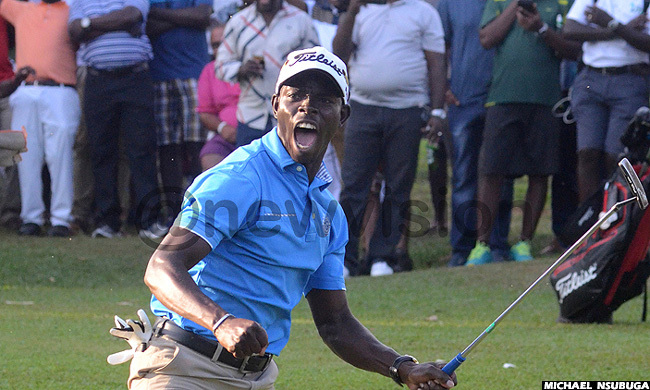 The name Ronald Otile shares the same space with winning

Later the same year, Otile won both the main amateur and professional's categories of the Uganda Open, spicing up his victories by also taking the longest drive prize on the 18th fairway.

Zambia's Madalisto Muthiya walked away with the biggest pay cheque (sh22m) for the professional golfers but event winner, 20-year-old amateur golfer Otile, took the plaudits and even 'cashed' in more than the Zambian.

Otile's performance earned him over sh50m in cash and pledges from the golfing fraternity, which went to the Ronald Otile Fund set up immediately after his win to fund his university education as well as nurture his budding golfing career.

Over the four days, he finished on top with 282 gross, edging Zambian Muthiya by a stroke, as well as over 50 professionals from the region.

The fund would later help Otile join the University of Pretoria in South Africa together with Daniel Baguma with whom they would relocate to the USA for further studies.

The same year,  Otile had also earlier come two strokes short of winning the individual accolade at the Africa Amateur Golf Championship at Limuru Golf and Country Club in the Kenyan capital Nairobi.

His overall display in golf that year earned him the Nile Special USPA golfer of the year award. 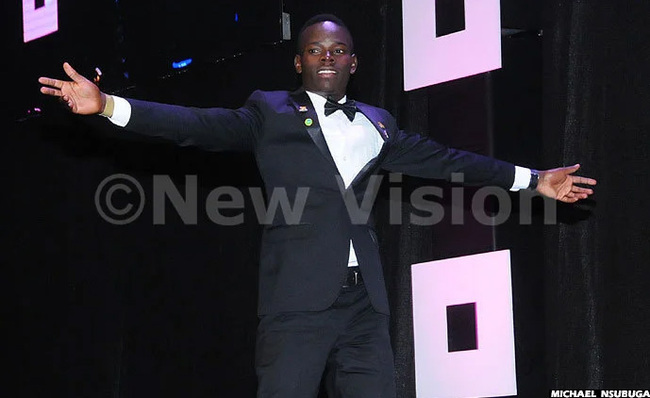 Otile won the USPA golfer of the year award of 2015

He would return in 2016 to defend his title and consequently etch his name in the history books to become the only player from Tooro to ever win and defend the Uganda Open, and the only man to ever clinch both the Amateur and Professional Open in a calendar year.

He also became the first golfer to defend the Amateurs Open since Deo Akope's hattrick from 2000 to 2002. The youngster joined legends Sadi Onito (12 Uganda Open titles), Stephen Birungi (three) and Deo Akope (three) as men to have defended the national Amateurs Open titles.

In 2017, Otile was stopped in his pursuit of hattrick by club mate and national team mate Ronald Rugumayo, who beat him in a sudden death playoff after both golfers tied on 297 gross after 72 holes.

But that was only a temporary setback, as he returned in 2018 to reclaim the Uganda Open (his third) in dramatic fashion. He had to rise from six strokes behind leader Kenyan John Karichu to seal his third Open crown in four years on his 22nd birthday. 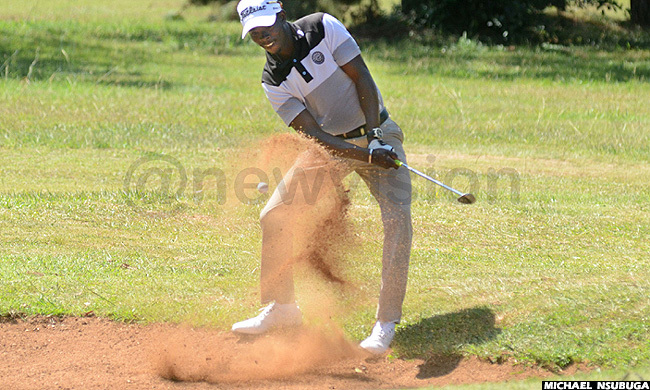 Otile exuded class when he won back-to-back championships in 2016, but a third title marked his legendary status in the history of Uganda's amateur golf, joining the seven of three-time Uganda Open winners.

Last year, his pursuit for a fourth title at the magnificent Lake Victoria Serena Golf Resort and Spa hit a dead end as his first and last rounds of 82 and 79 could only have him finish fifth, handing the Daniel Nduva-led Kenyans the advantage.

Nduva led a one, two and three finish for the Kenyans, who had Simon Njogu and Samuel Njoroge finish second and third respectively, with Joseph Cwinya-ai the best Ugandan in fourth.

Otile is currently pursuing a sports management course at the Livingstone College in Salisbury City (USA). 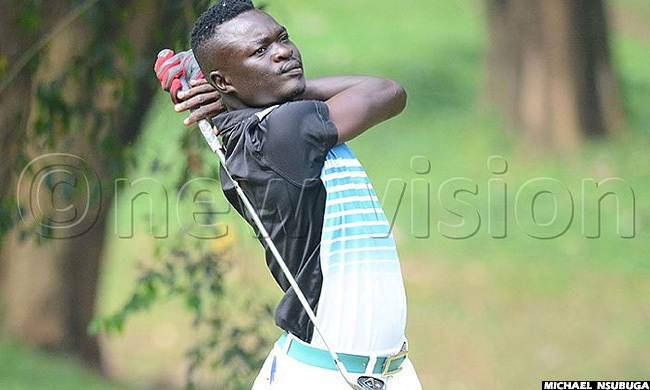