Gender Based Violence: When staying at home isn't safe

"Since he had been going out with other women, I requested that we do an HIV test first, which he rejected. On the day the President announced a 14-day lockdown, late in the night he crept in, held my mouth tight and took advantage of me," 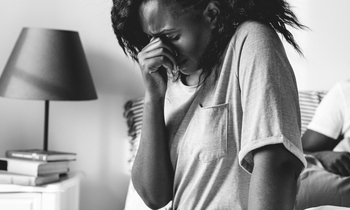 Apparently, her husband who doubles as an LC2 official in the area, returned after having deserted them for two years and forced himself on her.

"Since he had been going out with other women, I requested that we do an HIV test first, which he rejected. On the day the President announced a 14-day lockdown, late in the night he crept in, held my mouth tight and took advantage of me," she says.

She adds that he threatened to kill her if she resisted his advances.  "I could not however report him to the LC 1 chairman given his position on the LC2 committee," she says.

According to Esther Kisembo, the Shelter Manager for ActionAid Uganda in Mubende, when she received the call, she rung the woman councillor for the area as the immediate duty bearer in the Gender Based Violence (GBV) referral pathway.  She requested her to intervene and call the GBV victim's husband.

However, she says, he arrogantly refused any form of mediation, saying the victim was his wife and he could do with her whatever he wanted, and that no one could stop him.

The GBV victim decided to spend the rest of that night at the home of the woman councillor. When she returned to her own home on April 3 and went to the kitchen to prepare tea, the man attacked her yet again. He accused her of wasting sugar and slapped her several times.

This is just one of several GBV cases that have been reported to ActionAid Uganda ever since the President announced a lockdown to curb the spread of COVID-19.

Nivatiti Nandujja, the Manager women access to social justice at ActionAid Uganda, says victims are now trapped in their homes with their abusers. Nandujja says there has been an increase in sexual crimes including rape, gender-based and domestic violence during this period.

According to reports, an estimated 3.3 million people and 10 million children are exposed to adult domestic violence each year. And out of these, the majority of the causes of violence in this period lockdown are related to the COVID-19 epidemic.

World Health Organization indicates that one out of three women in the world experiences physical or sexual violence in their lifetime, making it the most widespread but among the least reported human rights abuses.

"Worst of it all is that the victims will die in silence because many of the places where they would run to such as medical facilities, police, gender offices, local council leaders are all scrambling now to respond to the coronavirus pandemic," she says.

Nandujja further explains that the lockdown has affected maternal health with expecting mothers suddenly unable to access hospitals. Despite these challenges, Nandujja says ActionAid has continued to sensitize local communities to ensure that they report all cases of violence in their homes to the authorities.

Meanwhile Ali Male, a counsellor calls for counselling sessions during this period because people's lives have suddenly been disrupted, which could affect them psychologically.

"Families need to come up with adjustments in their lifestyles. If you have been eating a kilogram of meat, it may be time to reduce. This can only happen if they can openly discuss the challenges they are facing," he says.

He calls on women to be understanding and supportive of their husbands in cases where they have been breadwinners and are unable to provide now.