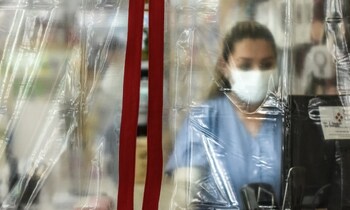 The United States on Wednesday has surpassed 200,000 confirmed cases of the novel coronavirus, according to a tally kept by Johns Hopkins University.

The pandemic has claimed the lives of at least 4,476 people in the United States, which leads the world in the number of confirmed infections with 203,608, by the Johns Hopkins count.

New York state is the epicenter of the US fight against the deadly virus, with at least 1,900 deaths recorded there, according to Governor Andrew Cuomo.

More than eight out of 10 Americans are now under stay-at-home orders from state and local authorities in a bid to curb the spread of the virus.

The White House has offered stark figures about the eventual national death toll, saying that as many as 240,000 Americans could die, even with mitigation measures in effect.