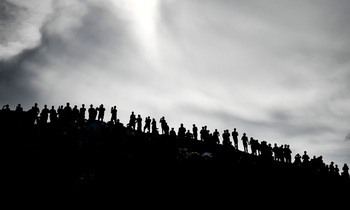 Less than three months before the Tour de France's scheduled start, the possibility of cycling's greatest show taking place remains shrouded in doubt, while the organisers have thrown up a wall of silence.

But with France entering its third week of coronavirus lockdown and more than 3,000 deaths in the country, organisers ASO are refusing to comment on their plans, other than to say they will act in the best interests of the general public.

"There will be a huge hunger for sports when this is over," ASO chief Christian Prudhomme said in early March.

With the cycling world desperate to keep the 2020 Tour alive, AFP looks at three potential outcomes:

This seems be the least likely scenario. Keeping the Tour on track is the key to cycling's economic wellbeing. Unless the lockdown continues well into the summer, it would be hard to imagine the Tour being cancelled. 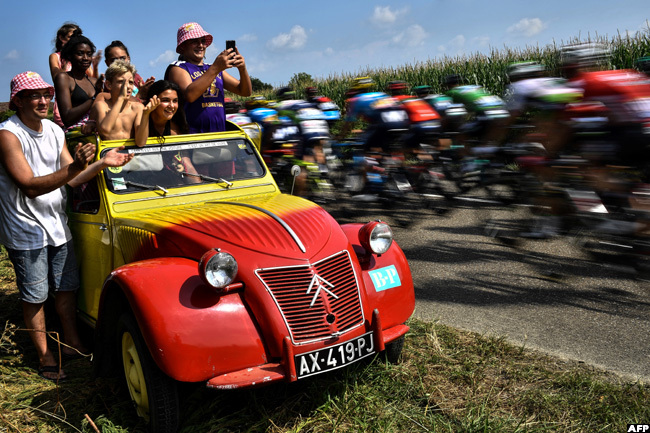 The 2018 champion Geraint Thomas agrees, telling the Daily Telegraph this week he feared for people's jobs if the Tour was cancelled.

"When you look back through the history books in 20 years' time, if in 2020 there was no Tour, that doesn't matter.

"But, on the other hand, there are 20-odd teams, and companies invested in those teams, and if it went, there would be quite a few people left unemployed.

"While the result itself doesn't matter, the event does, because there are a lot of livelihoods wrapped up in it," he said.

Unless the health crisis takes a turn for the better in the weeks to come, a postponement is increasingly likely.

Most of the potential competitors are in lockdown and unable to train normally, and would clearly prefer to be in full training before taking on the gruelling Tour.

Unlike all other races, almost every contender likes to arrive at the Tour in peak form, and that requires intensive training.

"If you knew that the Tour de Suisse (in June) was going to be your next race, you could just work towards that and devise a training programme. But at the moment it's all up in the air," he said.

Others agree with Thomas.

"At the latest we'd need the guys out on the roads training by May 10," the boss of French team Arkea-Samsic, Emmanuel Hubert, told AFP. May 10 appears worryingly close given the current lockdown in France. 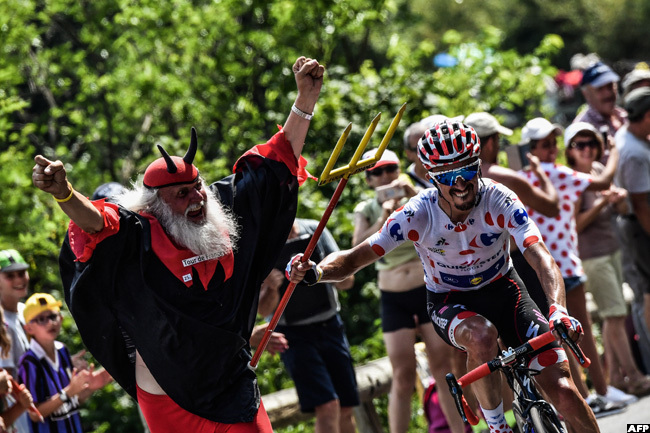 "If the Tour de France does go ahead in full, it'll be the best field ever," said Matt White of Australian team Mitchelton-Scott.

"With the Olympics off the cards, it does leave a window for later in July and even early August," White added.

Given there is little visibility on the potential length of the lockdown from the authorities, it is impossible to say, but August would be a fairly popular decision.

There appears to be solid support for sticking to the original dates, even if riders show up below top form.

After Euro 2020 and the Tokyo Games were postponed, the Tour is one of the year's last sporting landmarks left standing.

Running the Tour without fans, as French sports minister Roxana Maracineanu has suggested is possible, would be fine for those watching on television. But it would be financially damaging for the economies of the small towns banking on it. ASO want the fans there.

"It's too early to tell if it's possible but it would be a great sign if the Tour went ahead on schedule," top French rider Romain Bardet said.

Julian Alaphilippe, France's hero of the 2019 Tour after wearing the leader's jersey for 14 days, isn't so sure he would want a race without fans at the roadside.

"It wouldn't be the Tour without the fans," said Alaphilippe.

Alaphilippe's position is widely held, as the Tour de France is more than a sporting event -- it's a cultural phenomenon.

In sports daily L'Equipe this week, 94-year-old Raphael Geminiani, who raced the Tour in 1947, said if the race went ahead it could bring France back to life.

"This period of confinement will hurt us all morally for some time. We will need a cure for it and a Tour de France would help give us a sense of stability," he said.