The International Olympic Committee says that cancellation of the Tokyo showpiece is "not on the agenda". 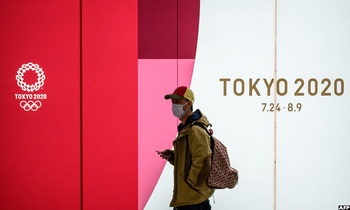 The International Olympic Committee said Sunday that postponing the 2020 Olympics is one its options as the world grapples with the coronavirus pandemic, but that cancellation of the Tokyo showpiece was "not on the agenda".

The IOC has faced strong pressure to push back this summer's Tokyo Games, scheduled from July 24 to August 9, from sporting federations and athletes worried about the health risk as the COVID-19 global death tally rose past the 13,000 mark.

On Sunday, IOC President Thomas Bach, a former Olympic fencing gold medallist, told athletes a decision on the Games would be made "within the next four weeks".

"Human lives take precedence over everything, including the staging of the Games," Bach wrote in a letter.

He acknowledged that this was a time of "tremendous uncertainty" which, he said "destroys hope."

"We have, as indicated before, been thinking in different scenarios and are adapting them almost day by day," he said.

But, he added that "there are significant improvements in Japan" and he still had hopes the Games could be held on schedule, even if that would present logistical difficulties.

"A final decision about the date of the Olympic Games Tokyo 2020 now would still be premature," he said.

Bach explained that the IOC was discussing its options with health authorities and "stakeholders".

"We are confident that we will have finalised these discussions within the next four weeks."

He made clear that there would a Games in Tokyo at some point.

"Cancellation would not solve any problem and would help nobody," Bach said. "Therefore it is not on our agenda." 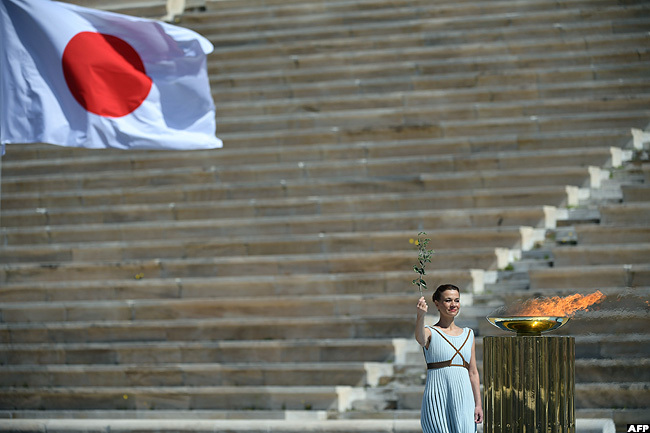 The idea of holding the games on schedule  has drawn a swelling chorus of objectors.

"I just think it's really difficult for an athlete to prepare, to train, to keep their motivation if there's complete uncertainty. That's the hardest thing.

"I think a more comfortable situation would be two years and put it in the Olympic year with the Winter Olympics and then make it kind of a celebratory Olympic year.

"There are some athletes who are right on the edge of retiring that may hurt, but in reality, you have to focus on what (will best serve) the masses."

US media reported on Sunday that American athletes had voted during a virtual town hall with US Olympic and Paralympic Committee (USOPC) officials and given Tokyo the thumbs down.

The IOC has sent a questionnaire to National Olympic Committees about the impact of the coronavirus crisis on Games preparation.

Alfons Hoermann, head of the German NOC, on Sunday explained what he wanted to know in a message to athletes.

"The aim is to clarify which of you might want to take part in the Olympic Games on the dates planned and who is in favour of another date."

In the USA, almost three-quarters of the 300 athletes who met on-line with USOPC supported delaying the Games, USA Today reported.

In all, 70 percent of the athletes supported a postponement with another 23 percent saying it would depend on the consequences, according to details supplied by a member of the USOPC Athletes Advisory Council. 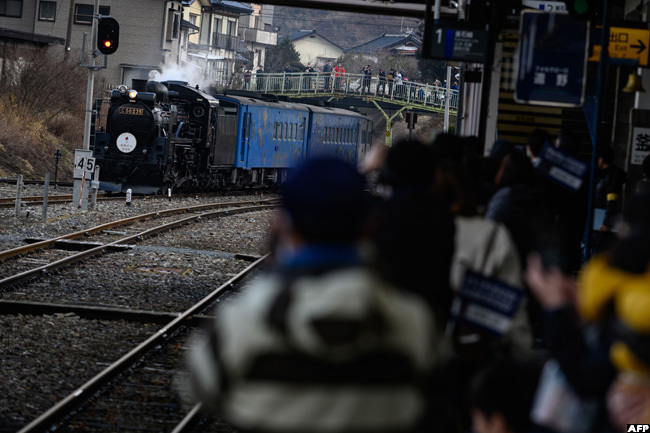 On Sunday, a steam locomotive carrying the Tokyo 2020 Olympic flame arrives at the railway station in Tono, Iwate prefecture

Almost a quarter wanted a decision no later than April 15, while 18 percent wanted an immediate decision.

"I feel the IOC is being really, really selfish in trying to push it," US hammer thrower Gwen Berry told USA Today. "And there's no need to push it."

US swim and athletics trials to determine the nation's two largest Olympic delegations are set for June.

The head of the French athletics federation said postponement was inevitable.

"Everyone agrees that the Games cannot be held on the dates planned,"  Andre Giraud said.

"If the crisis is contained by the end of May, we can envisage a postponement of the Games to the autumn. But Plan C would be a six-month or one-year postponement," he said.