Domestic football leagues are already being undermined by the virus. 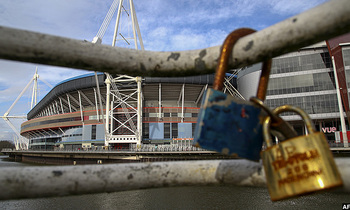 With coronavirus continuing to ravage the world, a number of countries have been forced to either shut-down or institute stringent measures to avert the pandemic.

Besides countries such as Slovakia, Bulgaria, Czech Republic, Hungary, Latvia, United Kingdom and Spain in Europe -the epicenter of COVID-19 -the United States of America has also declared a state of emergency.

In South America and Africa, where the pandemic is still in its infant stages, public events and sports activities, international fixtures and domestic leagues are being suspended - consequently affecting a number of Ugandan sports stars plying their trade across the globe.

That said, domestic football leagues are already being undermined by the virus. Democratic Republic of Congo became the first African country to suspend all football related activities -rendering Joseph Ochaya, who turns out for TP Mazembe inactive for about 30 days.

TP Mazembe are currently on top of the league table with 53 points, eight ahead of second place AS Vita Club and with two games in hand.

However, other African countries have dealt with the COVID-19 situation differently.

In North Africa - by far the hardest-hit region on the continent -the likes of Morocco and Algeria have decided to play their league games behind closed doors for now but with a huge possibility of cancelling if the numbers continue to grow.

The Egyptian Football Association (EFA) on the other hand has decided to suspend all activities to control the spread of the novel coronavirus.

The number of confirmed cases in Egypt has risen to 80, the Ministry of Health added.

Activists believe the number of those affected is far higher. According to Egypt Watch, patients who tested positive were being kept in military hospitals, which are not subject to the direct supervision of the Ministry of Health, sparking fears that cases would not necessarily be recorded.

In Algeria, where Allan Okello turns out for Paradou AC, the virus continues to cause havoc. Algeria has now reported 20 confirmed COVID-19 cases, the second highest after Egypt which has 55 cases.

But each of Algeria's 48 provinces has an infectious disease centre including Okello's base in Algiers.

In South Africa, where Denis Onyango and Moses Waiswa play for Mamelodi Sundowns and SuperSport, leagues authorities have only suspended handshakes before matches.

In Europe, authorities have taken extreme precautions with a host of leagues being completely suspended.

The decision by authorities in England, France and Germany to postpone top-flight football means that all Europe's top leagues have ground to a halt. But so have Scotland and Israel where Bevis Mugabi and Luwagga Kizito are based.

Scottish Premier Football League (SPFL) chief executive Neil Doncaster said it was "neither realistic nor possible" to continue with matches.

In Israel, where 126 Israelis have so far tested positive for coronavirus, and thousands placed in isolation; Luwagga Kizito will remain inactive for the foreseeable future.

This will be the same fate for Chicago Fire star Mike Aziira, whose Major Soccer League (MLS), is under suspension for 30 days.

Farouk Miya on the other hand will remain active after Turkish authorities ignored public outcry and continued with games over the weekend. Turkey confirmed its sixth case on Saturday.

Other than football, a number of other major sports disciplines have also been disrupted because of the virus with the PGA Tour golf season, the men's tennis tour, NBA basketball, Major League Baseball and a host of top-flight events interrupted.

France's rugby federation said on Friday that it was suspending all its competitions and this affects Phillip Wokorach, who turns out for Division 5 side, Bourges XV.

Peace Proscovia is currently off-season, but with Super Netball scheduled to start at the beginning of May, Netball Australia moved this week to establish a Covid-19 working group which is monitoring the situation closely. The panel's brief is to ensure all stakeholders have the most relevant and timely information on hand.

However, Mary Nuba will continue to play netball in England given that England Netball has no plans to cancel, postpone or otherwise change any of the national competitions.