PSG came into the game at the Parc des Princes needing to overturn a 2-1 defeat in the first leg of their last-16 tie in Germany. 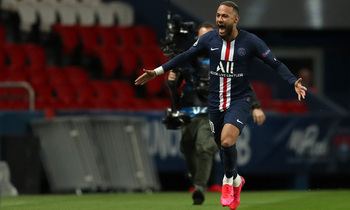 
Paris Saint-Germain shrugged off having to play in an empty stadium as Neymar set the French club on their way to a 2-0 win over Borussia Dortmund on Wednesday that took them into the Champions League quarter-finals 3-2 on aggregate. 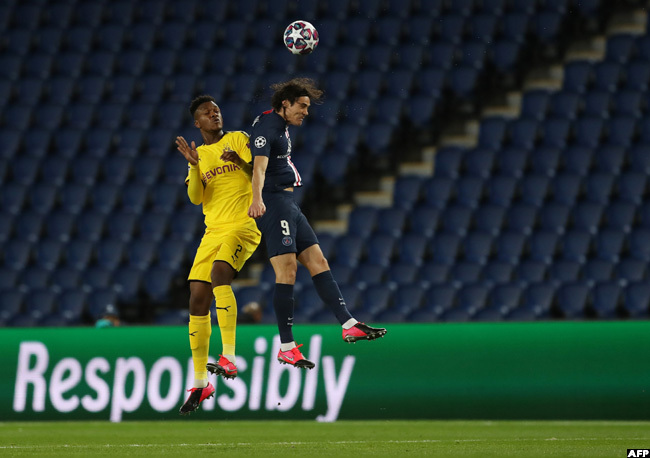 PSG came into the game at the Parc des Princes needing to overturn a 2-1 defeat in the first leg of their last-16 tie in Germany, but Neymar's 28th-minute header put them ahead on the night in the second leg amid a surreal atmosphere, as banned supporters gathered outside the ground instead.

Juan Bernat then deflected in a Pablo Sarabia assist to make it 2-0 and PSG -- for whom Kylian Mbappe was only fit enough to appear as a substitute -- go through to the quarter-finals for the first time since 2016.

The victory breaks a run of three straight exits in the first knockout round of the competition, at the hands of Barcelona, Real Madrid and Manchester United.

Indeed Dortmund are just the fourth team PSG have defeated in a Champions League knockout tie since the Qatari takeover in 2011, following wins against Valencia, Bayer Leverkusen and Chelsea, the latter on two occasions.

However, their opponents were disappointing, with Erling Braut Haaland never looking like repeating his first-leg heroics when he netted twice. They finished the game with 10 men as Emre Can was sent off late on.

This was one of several Champions League matches this week and next being played out in an empty stadium after authorities banned fans from attending due to the coronavirus outbreak. 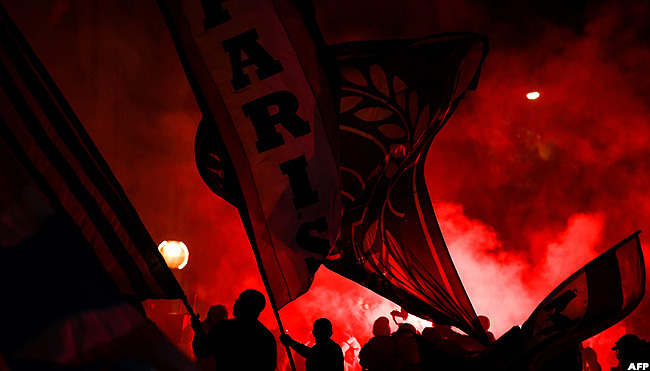 However, PSG fans still congregated in significant numbers outside the stadium despite the French government banning all gatherings of more than 1,000 people.

Those supporters brandished flares as the team bus arrived before the game and sang and set off fireworks throughout the match.

Mbappe was only named among the substitutes after struggling with illness and even undergoing a test for coronavirus in the build-up to the game.

The France striker missed two training sessions this week with a sore throat and a fever. His test for COVID-19 came up negative.

His absence from the starting line-up was just the latest blow for coach Thomas Tuchel, who was also without the suspended Marco Verratti and injured centre-back Thiago Silva.

That meant Edinson Cavani and Pablo Sarabia started through the middle of the attack, while Argentine international Leandro Paredes was selected in midfield.

Cavani was denied the opener in the 25th minute when Dortmund goalkeeper Roman Burki stretched out a leg to tip his shot around the post.

The opening goal followed soon after, with Angel Di Maria swinging in a corner from the right and Neymar stealing in front of his marker to stoop and head in from close range. 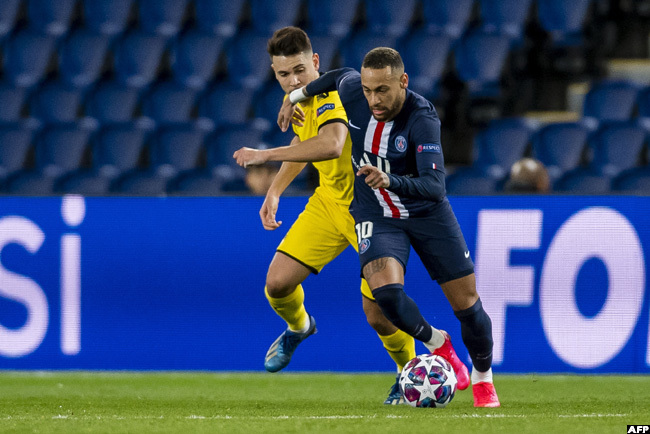 Neymar scored one of PSG's goals on the night

The PSG supporters outside the ground responded to the Brazilian's second goal in the tie by exploding more fireworks in celebration.

Jadon Sancho and Thorgan Hazard tried their luck from outside the area for Dortmund but PSG scored again in first-half stoppage time.

This time Di Maria laid the ball out to Sarabia on the right side of the box, and his low driven ball was diverted into the far corner by Bernat.

Di Maria nearly scored another in the second half from a free-kick before Mbappe came on with just under half an hour remaining.

Dortmund were only one goal away from forcing extra time but rarely troubled Keylor Navas in the home goal and Can saw a straight red card with a minute left for throwing Neymar to the ground.

The Brazilian was also booked following that incident along with Di Maria, now watching from the dugout and who will miss the quarter-final first leg as a result.


Here is how New Vision covered the game on social media:

😉Hello everyone👋🏽 Anfield is set. Tonight, we have been prescribed a dose of European football. Jurgen Klopp's side are hosting Diego Simeone's men, with the Spanish side leading 1-0 from the first leg. | #VisionSports