Express climb to ninth after win at Maroons

The Red Eagles move to ninth spot while Maroons remain on the edge of the red zone. 
Frank Kalanda scored the only goal of the game as Express edged Maroons in a tight Premier League contest played under early Thursday evening heat at Luzira.

The result lifted The Red Eagles to ninth place while Maroons remain on the edge of the relegation zone, in 13th, courting danger with five games left to the end of the season.

For the Luzira side, any slip-ups could mean the difference between survival and being sucked into second-tier football. 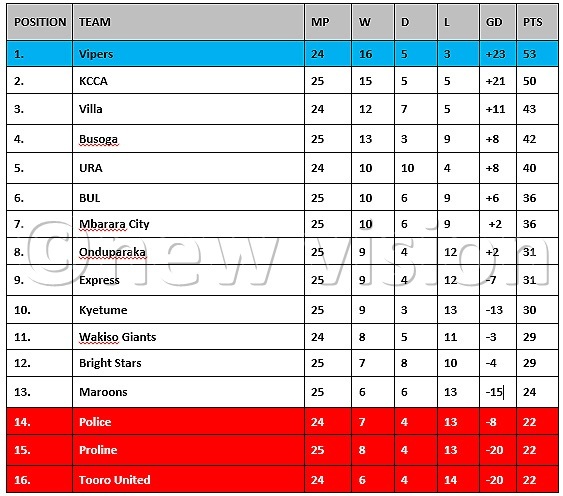