Midfielder Tousart netted from close range in the 31st minute to give Lyon a lead to defend when they head to Turin for the return leg on March 17. 
Cristiano Ronaldo drew a blank as a Lucas Tousart goal handed Lyon a surprise 1-0 win over Juventus in the first leg of their Champions League last-16 tie in France on Wednesday. 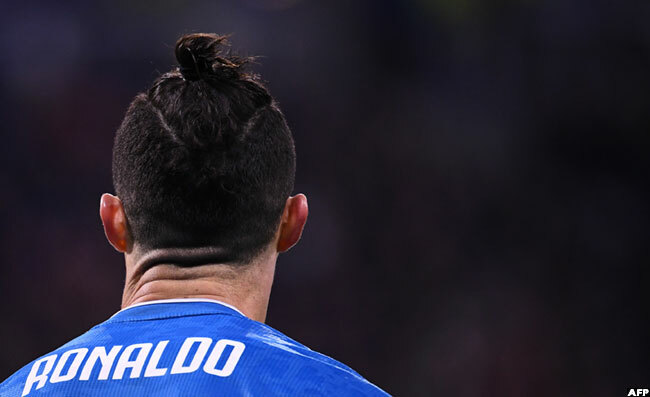 Midfielder Tousart netted from close range in the 31st minute to give Lyon a lead to defend when they head to Turin for the return leg on March 17.

The goal came with Juventus defender Matthijs de Ligt off the field receiving treatment, but it was just reward for an excellent first-half performance by a Lyon side enduring a mediocre campaign in Ligue 1.

Maurizio Sarri's side have genuine ambitions of winning a trophy that has evaded Juventus for almost a quarter of a century now, but they could not claim a precious away goal here, with Paulo Dybala seeing a late effort disallowed.

This match went ahead in front of a full house at the Groupama Stadium, including around 3,000 Juventus supporters who were allowed to attend despite calls from some French politicians to block their access amid fears about the spread of the coronavirus, with a significant number of cases having been recorded in northern Italy. Those fans, and the Juve squad, would have crossed the Alps with confidence. The Serie A leaders came into this tie as overwhelming favourites against a Lyon team struggling domestically and looking like possibly the weakest team left in the competition.

The visitors' attack was led by a Ronaldo in fine shape, with the 35-year-old having scored in all nine appearances in 2020. He had netted 19 times since the beginning of December.

He and his club -- who have lost five Champions League finals since last lifting the trophy in 1996 -- are in a hurry to succeed in this competition.

They might have hurried into an early lead here, with a hanging Ronaldo cross in the fourth minute, aimed at Juan Cuadrado at the far post, almost dropping under the bar and in.

Lyon's home form has been especially poor this season. However, bidding to win a Champions League knockout tie for the first time in a decade, they began to gain the upper hand.

With France international Leo Dubois back after injury and new signing Bruno Guimaraes anchoring the midfield, they looked more accomplished than they have for some time. It was a frustrating night for Cristiano Ronaldo

Karl Toko-Ekambi, another January signing, headed off the bar from a Houssem Aouar corner midway through the first half. It was a warning to Juve of what was to come.

Sarri's team found themselves temporarily down to 10 men as De Ligt was left stricken, blood streaming from a head wound, following a collision in the Lyon area.

With the young Dutchman off, Lyon pounced. Aouar was the creator with an incursion into the box from the left before he teed up Tousart to score from six yards.

With De Ligt back on, his head heavily bandaged, Lyon continued to threaten, Toko-Ekambi twice firing just off target. Juventus sent on Gonzalo Higuain and Aaron Ramsey midway through the second half and they began to push Lyon back.

Nevertheless, they struggled to create clear chances, with Ronaldo rarely looking like adding to his recent goals tally and left frustrated when he had a hopeful late penalty appeal waved away.

Higuain should have done better from close range late on before Dybala was denied by the offside flag, and the Turin giants will have to turn the tie around in three weeks.

However, they can look to what happened at the same stage a year ago for inspiration -- on that occasion they needed to overturn a 2-0 first-leg deficit against Atletico Madrid, and a Ronaldo hat-trick did the job in the second leg at home.