Hear conspiracy notions flying around: Who [might have] made Coronavirus, and why? Why did it break out where and when it did? These posers are good fodder for conspiracy theorists. Their claims may be true or false - the future will tell. 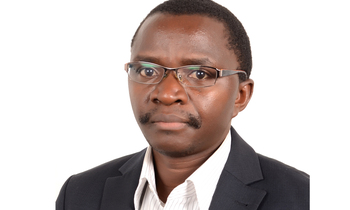 Watch and read about the Novel Coronavirus 2019 (Covid-19/2019-nCoV) now afflicting mainly China and other parts of Asia. Observe responses of countries like Singapore to the 2019-nCoV spread in their countries: Singapore's Prime Minister, Lee Hsien Loong, recently stated that Covid-19 is less virulent and less deadly than Severe Acute Respiratory Syndrome (SARS) which affected Asia in 2003, and is closer to Influenza/Flu than to SARS. Analyse earlier exchanges between the USA and China about the disease.

Hear conspiracy notions flying around: Who [might have] made Coronavirus, and why?  Why did it break out where and when it did? These posers are good fodder for conspiracy theorists. Their claims may be true or false - the future will tell.

With more than 74,000 people infected and more than 2,000 dead in China alone, the virus should be seen as a Complex Public Health Emergency (CPHE), almost akin to Ebola that afflicted West Africa's Manu River Union (MRU) in 2013-2014. Even then, the most fearsome issue Covid-19's impact on the global economy.

CPHEs can disrupt international travel and with it international trade, tourism, research, and intellectual exchanges, social interactions and exchanges of value. The strain on global trade may cause regional or global economic stress, leading to a recession.

Consider the epidemic's unquantifiable risks. Racist and unwelcome remarks are taunted against persons originating in the Covid-19 country - like many Ugandans outside are taunted about Idi Amin, HIV/AIDS, and more.

This has happened to Chinese in parts of Europe and Amerika, already. People become psychologically ‘infested', uneasy, and less productive. Second, the fear of Covid-19 forces countries to close borders - in January 2020, Russia closed its long border with China and US companies suspended operations in China.

The USA and Australia later closed borders to Chinese arrivals and ‘restricted' their own citizens travelling to China. Imagine the interrupted volumes of exchanges of value between China and Russia, USA, Australia, European Union, India and more. Even Hong Kong, a part of China, closed more than 4 border crossings, suffered public strikes and public demands to compete closure of borders with China.

China's neighours are a whopping 14 different countries, ranging from small nations like Bhutan to very large geopolitical spaces like Russia and India, and to industrial and economic giants like Japan and nearby Korea. The interruption of all these economies, together with the world's second-largest economy itself, is a serious blow to the global economy and trade. The ASEAN-Plus trading block, which includes China, EU, USA, Australia and 12 member countries of the Association of Southeast Asian Nations (ASEAN), is seriously impacted.

Partner States and economies of the East African Community (EAC) have serious trade links with China and her neighbours, Korea and Japan, and ASEAN countries like Thailand, Malaysia, Indonesia, and Singapore. Their ports of entry, like Mombasa, are already strained due to Covid-19. Consider what everyday East Africans stand to lose if the epidemic persists much longer, spreads to most parts of Asia, or ‘travels' to East Africa by air and sea.

First, port authorities in Kenya and Tanzania have been forced to introduce drastic disease-control measures to ensure imported cargo, vessel crew members, and other items entering the region, are Covid-19-free. This is expensive, time-consuming, and disrupts the normal flow of cargo from ports to the inland.

Transshipment vessels and crews are avoiding China, taking longer to screen and inspect goods/products from ports of origin, and causing more strain on port-control authorities around the world. The resulting delays mean that goods will become more expensive, arrive later than expected, and delays will affect the supply and utilization of some of the imports. All these hurdles may slow down East African economies.

Second, as China's manufacturing industry is afflicted so is her export and import trade. If China has been importing manufactured goods to East Africa, and the production of these goods has been disrupted, there will be no more or less of these goods. Eventually, some will need sourcing from distant or more expensive sources. East Africans will have to pay a higher price.

Third, if China has been importing East African industrial raw materials, and her industrial processes are disrupted, these exports will have reduced market/sales at least for the time being. Producers of raw-material exports can be short-term in outlook: you want your maize, copper, timber, gold, bought as soon as they are available. Delays may cause damage to these raw materials, stifle sustained production due to interrupted income flows, and force layoffs.

Finally, the dependence of East African economies upon a developing country, China, may become more visible. This may lead to other complex outcomes beyond here, but it shows one thing: as East Africa seeks to diversify its trade and economic links across the globe, more and more intra-East African interdependence is much needed. In this respect, the Rwanda-Uganda quarrels appear like attempts at self-destruction.

The author is a Political Scientist and an independent Consultant