The tightly contested championship has ten golfers all tied in the fifth position having all returned 74 gross in the first round. Uganda's Phillip Kasozi and Kenya's Edwin Mudanyi shot an opening-round three-under-par 69 to take joint leadership as the Kitante Open teed off at the Uganda Golf Club on Wednesday.

The two golfers head into the second round two strokes ahead of Uganda's Brian Toolit, Nigeria's Andrew Oche and Zimbabwe's Robinson Chinhoi who are also tied in second place, having returned one-under 71 each.

Kasozi, Oche, and Chinhoi are, apart from fighting for the biggest cut of the sh40m prize money also fighting for the two slots for the non-Kenyan nationals to the Magical Kenya Open due at Karen Golf Club next month.

Chinhoi currently leads on 169 points with Kasozi and Oche on 167 and 165.5 respectively on the Safari Tour standings. 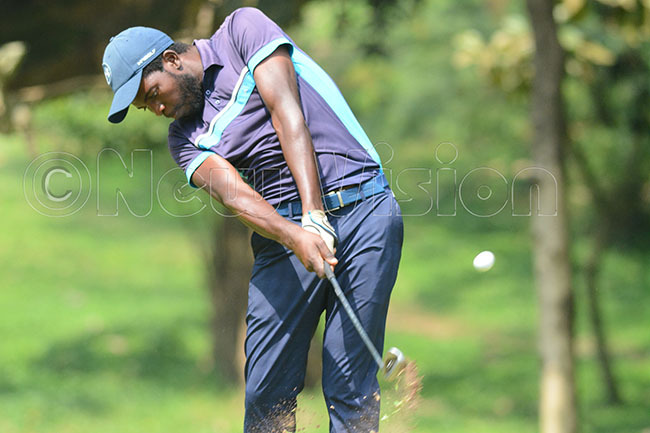 Zimbabwe's Chinhoi follows through his drive in the opening round.

"I could have played 3-under but it was a bit tough out there. The greens were not in their best shape; they were dry and hard so it was hard to stop the ball but as a golfer you have to find a way and play the course as it is," Kasozi said.

Mudanyi attributed his good opening round to a good start saying: "I started with a good rhythm scoring five birdies in the first 8 holes; I capitalized on the par-fives. The stretch between holes 9-12 was a bit tough and it demanded a lot of long irons on to the greens but I held my nerve through holes 14 and 15with another birdie on the 13th and pars on the last two holes; basically it was a well-managed first round and looking to keep up the rhythm in the remaining rounds," Mudanyi said.

"The Kitante course is never easy with all the best players around, it is in good shape but demanding of the best from each of the players," 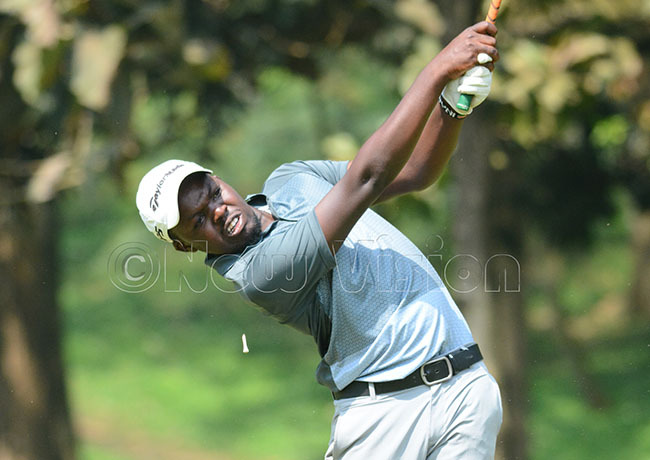 Kenya's Mudanyi is hoping for consistency in the subsequent rounds.

Nigeria's Andrew and Uganda's Brian Toolit are also tied in second place after they each returned one-under 71 with both players also looking to improve on their day-one performance.

"Honestly, I didn't strike the ball very well and didn't make a lot of putts, but I will take the 71 and correct a few mistakes on Thursday and get the job done," Oche said.

"I had a good round today and got two birdies but bogeyed holes; 2, 12 and 16. I putt very well like I always do. And I hope I can even putt better in the remaining rounds," Toolit said.

"The course is playing short off the tees but the greens are very fast and dry," 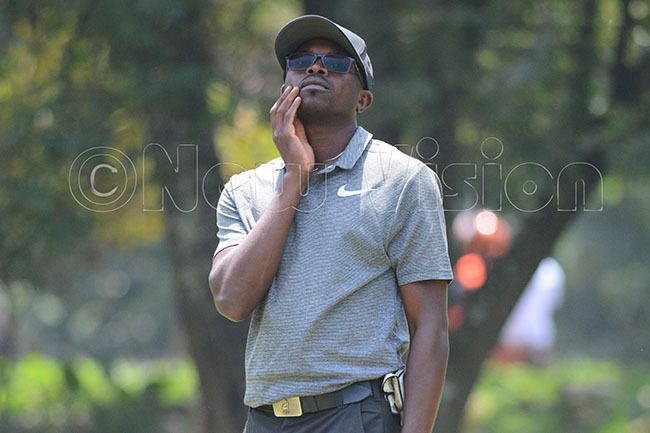 Nigeria's Oche reacts to his putt on the 17th green.

Kenya's Dismas Indiza is in the third position, having returned level-72 while Mathew Omondi and Simon Ngige are tied in fourth on 73.

The tightly contested championship has ten golfers all tied in the fifth position having all returned 74 gross in the first round. Cwinya-ai is one of the top contenders in the amateur category.