Kobe Bryant, born in Pennsylvania, USA, spent eight years of his childhood with his family in Italy. 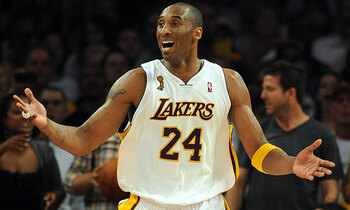 Factfile on 18-time NBA All-Star Kobe Bryant, who died in a helicopter crash Sunday at age 41 after playing his entire 20-season career with the Los Angeles Lakers:

- Bryant was the son of Joe "Jelly Bean" Bryant, who played eight seasons in the NBA

- Acquired by Lakers shortly after draft

- Had both his jersey numbers, 8 and 24, retired by the Lakers, an unprecedented move

Some of the significant injuries that affected Bryant during his career: