Rugunda later praised Sebuwufu for his dedicated service to the country, most especially in 1980 when he was the health minister. 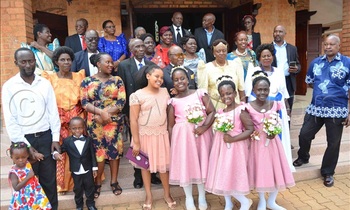 The Prime Minister, Dr Ruhakana Ruganda has spoken highly of Prof. Peter Hermit Sebuwufu, referring to him as an influential medical don, who demystified anatomy and made it a simple and lovely subject. 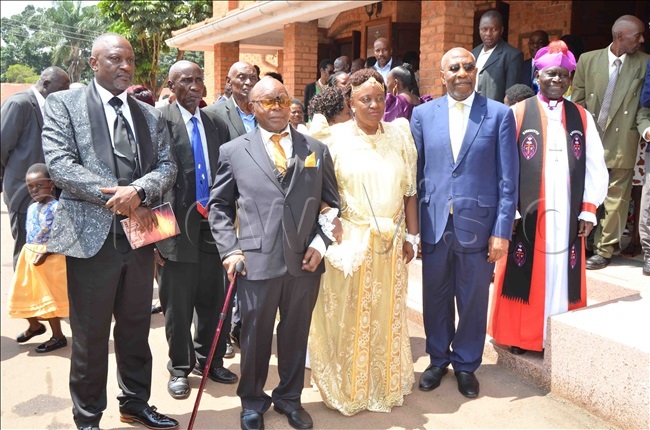 He said Sebuwufu had taught many doctors when he was still at Makerere University in the 1970s, and when he returned from the UK where he had lived for 25 years, new universities, such as Kampala International University and St Augustine International University, also sought his services, with the conviction that his involvement with them would earn the same institutions recognition, acceptance and credibility.

Rugunda later praised Sebuwufu for his dedicated service to the country, most especially in 1980 when he was the health minister. 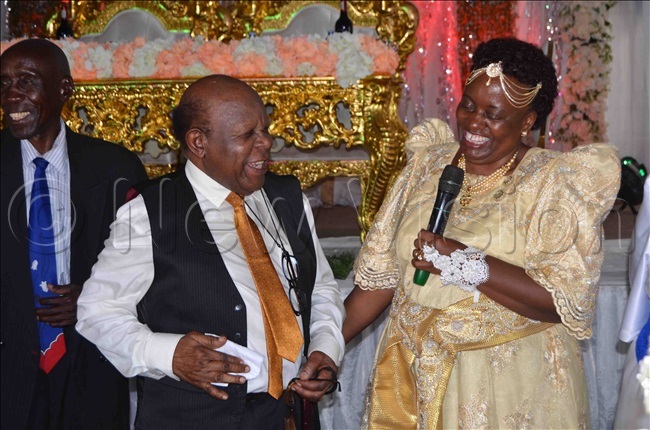 The Sebuwufus sharing a light moment during the reception at Mengo Teachers' Hall, Rubaga

He made the remarks during the thanksgiving service for the 50th marriage anniversary of Sebuwufu and his wife Rose at St. Paul's Cathedral, Namirembe, Kampala on Thursday, January 16.

The function was presided over by the Bishop Emeritus of Central Buganda, the Rt. Rev. George Sinabulya and the vicar of the Cathedral, the Rev. George William Kyeyune.

After the Church function, the Sebuwufus hosted their guests to a grand reception at Mengo Teachers' Hall in Rubaga, Kampala.

Premier Rugunda donated a heifer to the Sebuwufus in appreciation of their exemplary marriage and professional career. 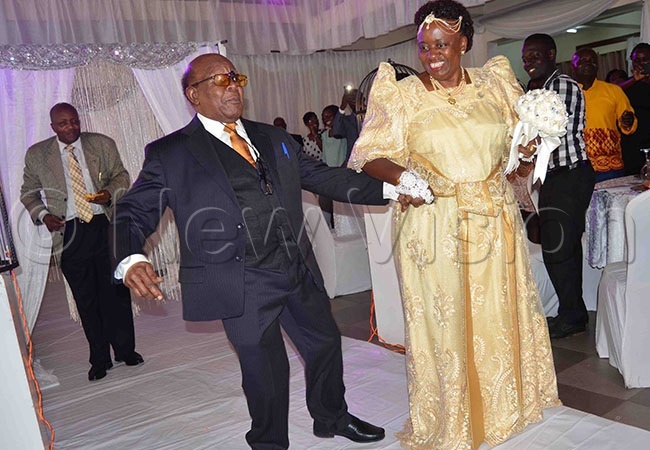 The Sebuwufus making entry to their reception at Mengo Teachers' Hall, Rubaga