Trudeau cites US ratcheting up tensions with Iran in plane's downing

"I think if there were no tensions if there was no escalation recently in the region, those Canadians would be right now home with their families," Trudeau said 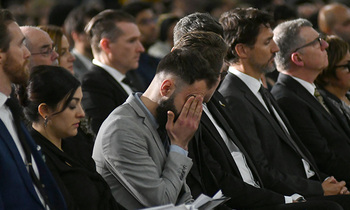 Victims of an Iran-downed jetliner would still be alive if not for a recent escalation of tensions partly triggered by the United States, Canadian Prime Minister Justin Trudeau said Monday.
"I think if there were no tensions if there was no escalation recently in the region, those Canadians would be right now home with their families," Trudeau said in an interview with Global television, according to a transcript shared with other media.
He added that the international community has been "very, very clear about needing to have a non-nuclear Iran" but also in "managing the tensions in the region that are brought about by US actions as well." 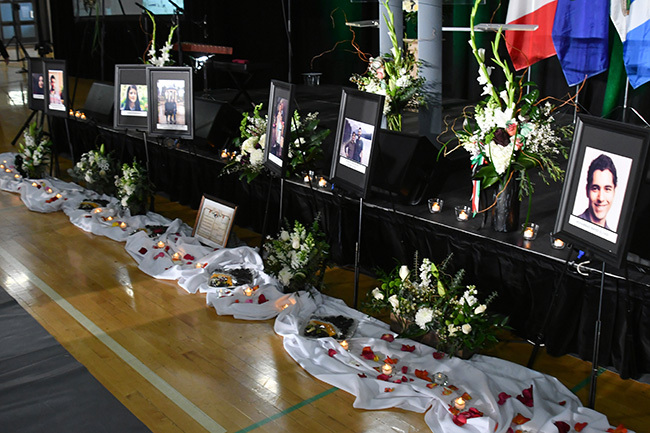 Photos of the victims are seen in front of the stage before the start of a memorial service for the Ukrainian Airlines flight PS752 who crashed in Iran at the Saville Community Sports Centre in Edmonton, Canada on January 12, 2020. (Photo by Walter Tychnowicz / AFP)

The Ukraine International Airlines Boeing 737 was shot down by a missile shortly after taking off from Tehran before dawn last Wednesday, killing all 176 onboard, including 57 Canadians.

Long-standing US-Iran tensions have soared since January 3 when missiles fired from a US drone killed a top Iranian commander, Qasem Soleimani, near Baghdad's airport.
Iran responded with a barrage of missiles at two US bases in Iraq, inflicting no casualties in what was seen as an attempt to prevent a spiral of escalation.
But hours later, an Iranian Revolutionary Guard unit mistakenly shot down the Ukrainian passenger jet, in what Iranian President Hassan Rouhani called a "human error."
Trudeau also said he would have "obviously" liked a heads-up from Washington about the drone strike on Soleimani.