Sheikh Mutumba told the Police that he met Tumushabe at Kyampisi Mosque and proposed to marry 'her', which 'she' accepted. Mutumba said when he made sex advances, 'Nabukeera' declined, saying 'she' would only accept intimacy after 'she' introduced him to 'her' parents. 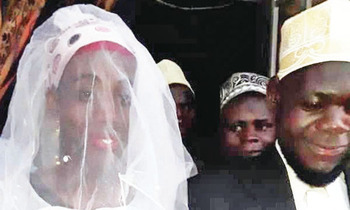 Muhamed Mutumba, the Imam of Kyampisi Mosque in Kayunga district, who had gone to the Police station to bail out his ‘wife' was shocked when the Police told him that ‘she' was a man. 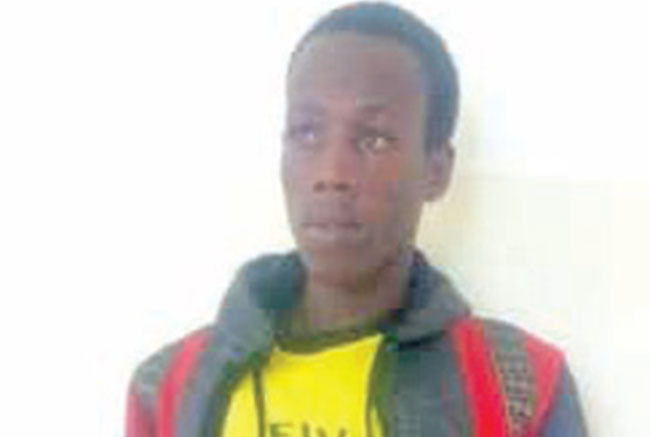 Tumushabe after he was arrested

Mutumba had married Richard Tumushabe, who was masquerading as a female known by residents as Shabullah Nabukeera at a nikah (Muslim wedding) two weeks ago.

How Mutumba met Tumushabe
Sheikh Mutumba told the Police that he met Tumushabe at Kyampisi Mosque and proposed to marry ‘her', which ‘she' accepted. Mutumba said when he made sex advances, ‘Nabukeera' declined, saying ‘she' would only accept intimacy after ‘she' introduced him to ‘her' parents.
"We visited ‘her' aunt, Nuuru Nabukeera, a resident of Kituula village in Sseeta Namuganga subcounty, Mukono district, where I paid  bride price including two bags of sugar, two goats, a Quran, clothes," Mutumba told the Police. Mutumba said they did not have sexual intercourse in their two-week marriage as ‘Nabukeera' complained  of  having prolonged menstruation periods. "My ‘wife' told me that she was having prolonged menstruation periods for the two weeks I had spent with her; and I was patiently waiting for our first sexual encounter," Mutumba said.
How it started
The discovery of Tumushabe's gender happened after a neighbour reported him to the Police over accusations of theft of household property — a television set, clothes and sh300,000 from his room.
The neighbour told the Police that ‘Nabukeera' (Tumushabe) jumped over an incomplete perimeter wall and stole the property.
The Kayunga district criminal investigations officer, Isaac Mugera, said at the time of arrest, Tumushabe was clad in a hijab (veil), adding that it was hard for one to tell that he was a man.
"Upon arrest, the suspect was examined by our female officer  before she could be taken to the women's cells. The officer was shocked to discover that the female suspect she was taking to the cells was a man. He had stuffed clothes in the chest, which made it to look like he had breasts," Mugera said.
On being quizzed, Nabukeera revealed his true name as Richard Tumushabe, a resident of Kyampisi village in Kayunga sub-county. He said he had been masquerading as a woman with the intention of getting money from men.
Residents speak
Residents said when Mutumba got enaged to ‘Nabukeera', Muslims who pray from Kyampisi Mosque were happy for their Imam, who had been single for a long time and they fundraised for the wedding. Nabukeera's alleged aunt, Nuuru Nabukeera, who was also arrested by the Police, said she got to know her ‘niece' when she was already an adult.
"I first saw him in November last year when he came asking for directions to my home, saying his late mother who used to live in Busia told him that my brother, Isaac Matovu, was his father. He was wearing a hijab," Nabukeera said, adding that the week she spent at her home,  they slept in the same room well knowing that she was a girl.
"My ‘niece' later went back only to come back late December, saying that she would bring her husband to us," Nabukeera explained.
Mugera said ‘Nabukeera's' file had been sent to the resident state attorney for perusal ahead of prosecution for impersonation and obtaining goods by false pretence.
Religious leader's comment
The Khadi of greater Mukono, Sheikh Abdul Noor Kakande, said he had not received details concerning the matter.
"I have just got that information about my Imam but it is unfortunate that such a thing happened to a preacher of Islam who is also my student at Mataba Quran School," Kakande said.