She was part of the Obsessions. After leaving Obsessions she released her first hit single called 'Ice Cream'. 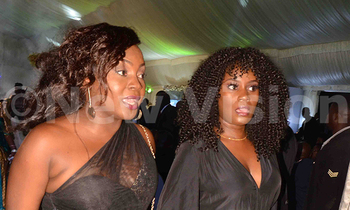 Uganda's music industry has been largely dominated by male artistes however some women have not sat back, they have shown that they can compete favorably and in some cases better than the men. 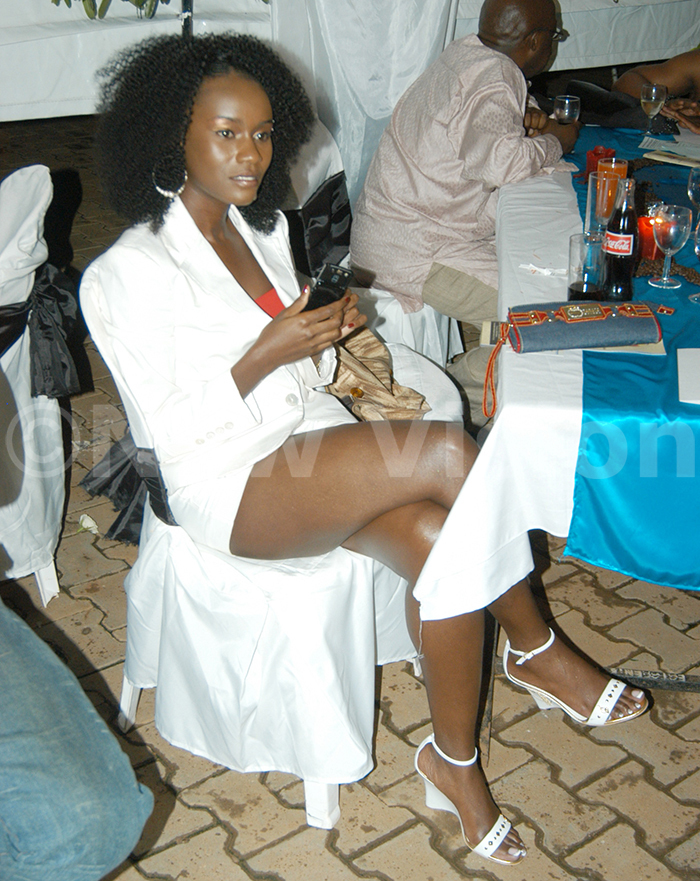 Juliana Kanyomozi is a Ugandan Local singer. She has won multiple awards. Juliana is a musician, entertainer and actress.  She was a judge on a TV Show called Tusker Project Fame.  She was married for 10 years to Amon Lukwago and they had a son called Raphael Keron Kabugo who died in 2014. 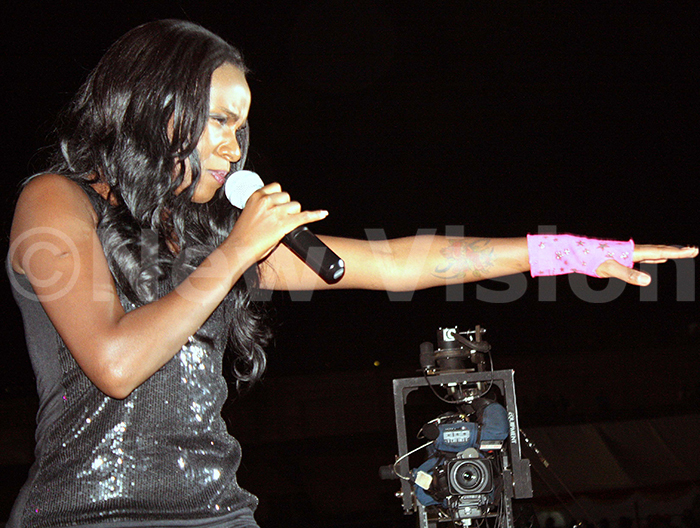 She was born on November 27th 1981.  She has won different awards from Pearl of Africa Music Awards, she won Best R n B, best female artiste, song of the year mention but a few.  Juliana has songs like Taata wa baana y'ani, Maama Mbiire, Nabikoowa, Nkulinze, and many more. 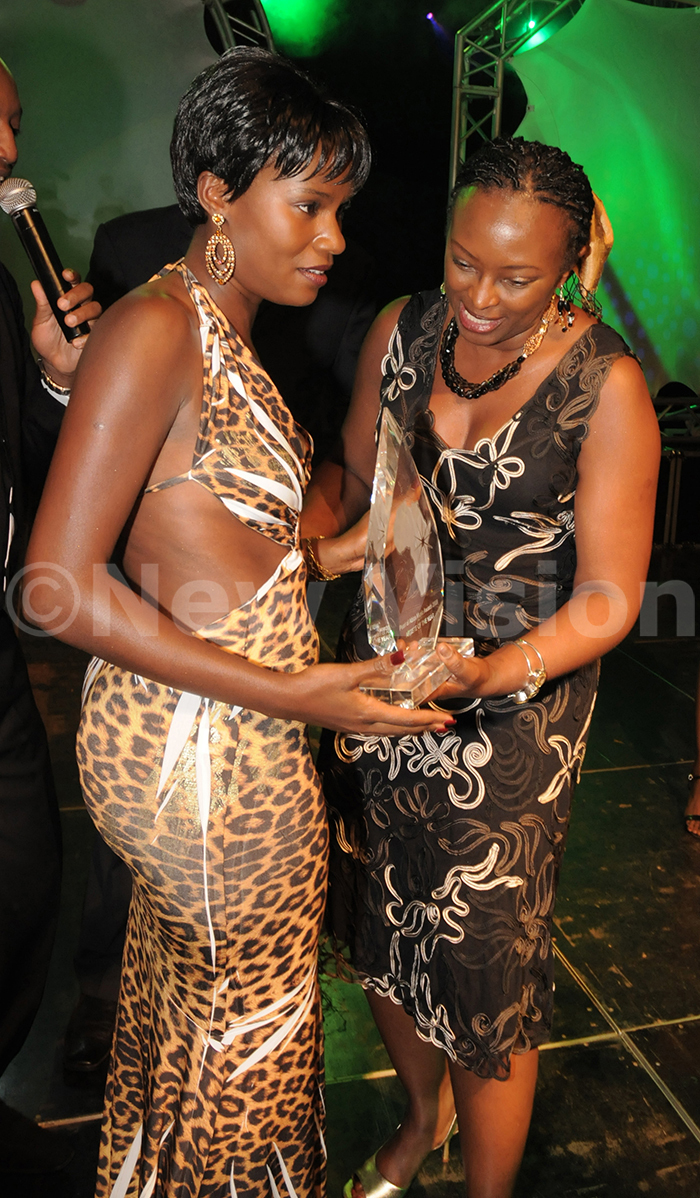 She is a Ugandan artiste born on 11th November 1989. She is an actress and a dancer. She was part of the Obsessions. After leaving Obsessions she released her first hit single called ‘Ice Cream'. She won best female artiste of the year in the HiPipo Music Awards and artiste of the year twice. 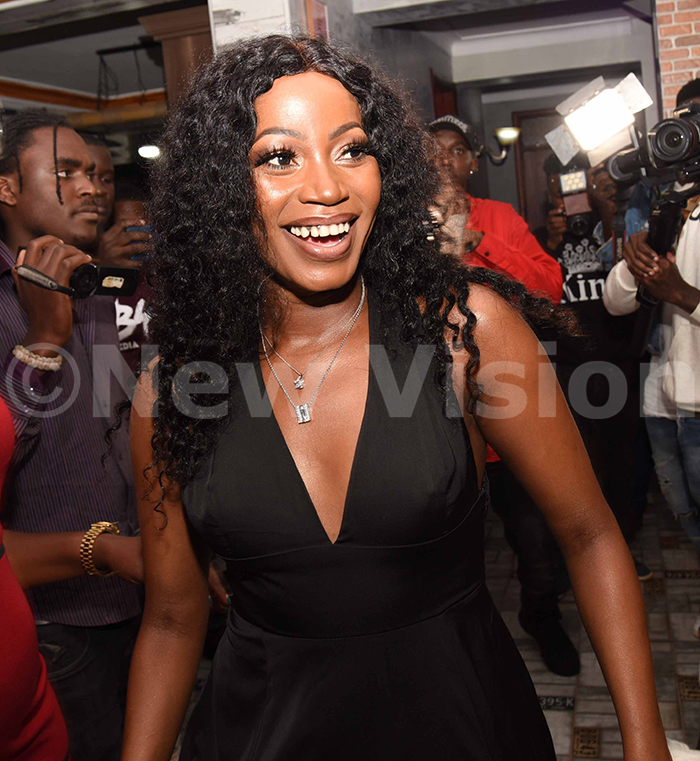 She was raised by a single mother in Kawempe. She went to Kawempe Muslim Primary school, Kawempe, Midland High School, Kawempe. She dropped out of school in senior two.  She once preached about safe sex and in her speech she concluded by advising the crowd at the Condom rebrand party that | if you don't trust him or her go for a check-up or put it on".  And concluded with a slogan "If it's not on, it is not safe". 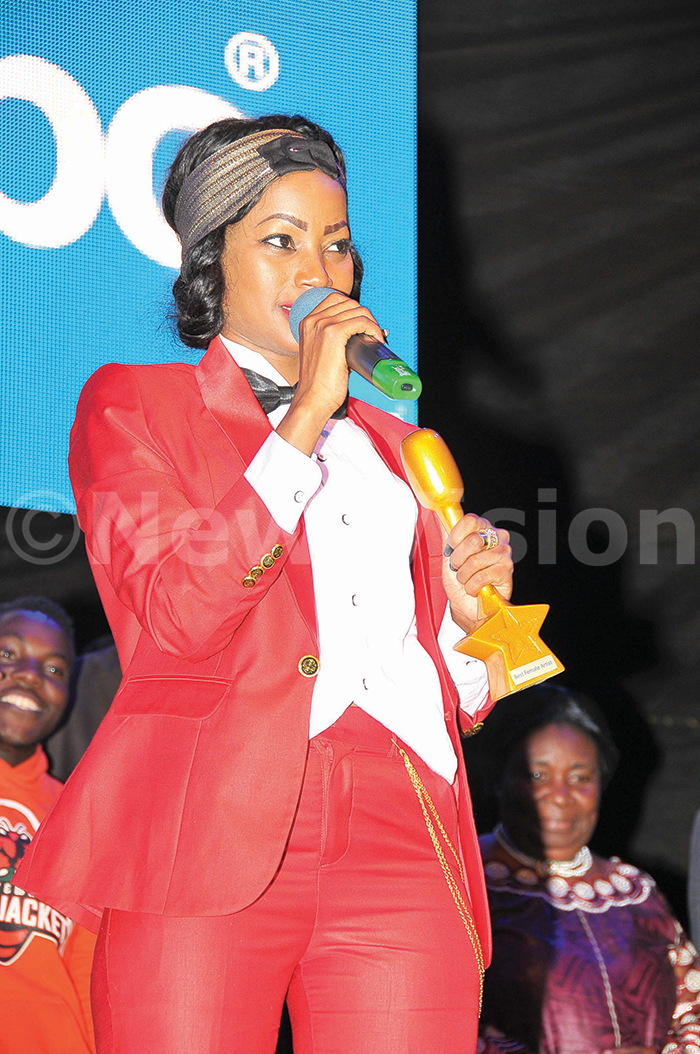 She is a vocalist, musician, recording and performing artiste who also resides in Dijon, France. Her ex-husband was Morel Galusy.  She was born on 13th December 1981 and she is a Ugandan. 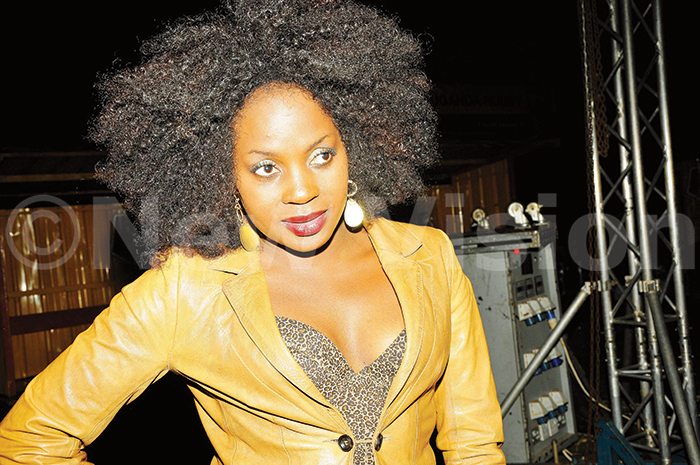 Iryn started an NGO called Gather for children and it has been doing some great works for kids around the country. She made it a point to donate her shoes on one of her fundraising events at Wine Garage in Muyenga. Iryn Namubiru survived the boat cruise accident on Lake Victoria in which many Ugandans lost their lives.  on 23 December Iryn Namubiru held a concert dubbed One night only at Serena Hotel Kampala which left her fans from all walks of life including the Katikiro of Buganda Charles Peter Mayiga yearning for more. 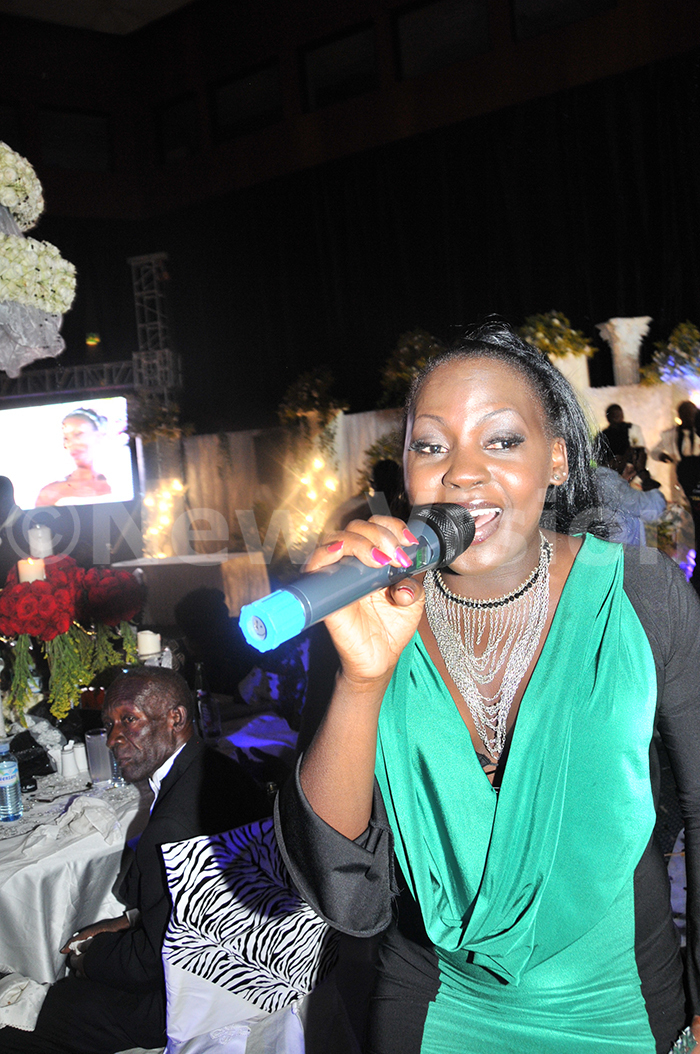 She is one of the youngest female Ugandan artistes and her real names are Namukwaya Diana Hajara. She started her music career early before joining Makerere University. She was once managed by Dr. Fizol and later by Twinkle Star.

She is Ugandan born in 1996.  She started singing in 2014. She has done different collaborations with different artists like Aganaga, Palaso, Jamaican Orisha and many more. Diana went to Kibuli Demonstration school, St. Peter's SS and Makerere University graduating with a Bachelor of Industrial Arts.  Her first hit was Onsanula and she won an award in 2015. 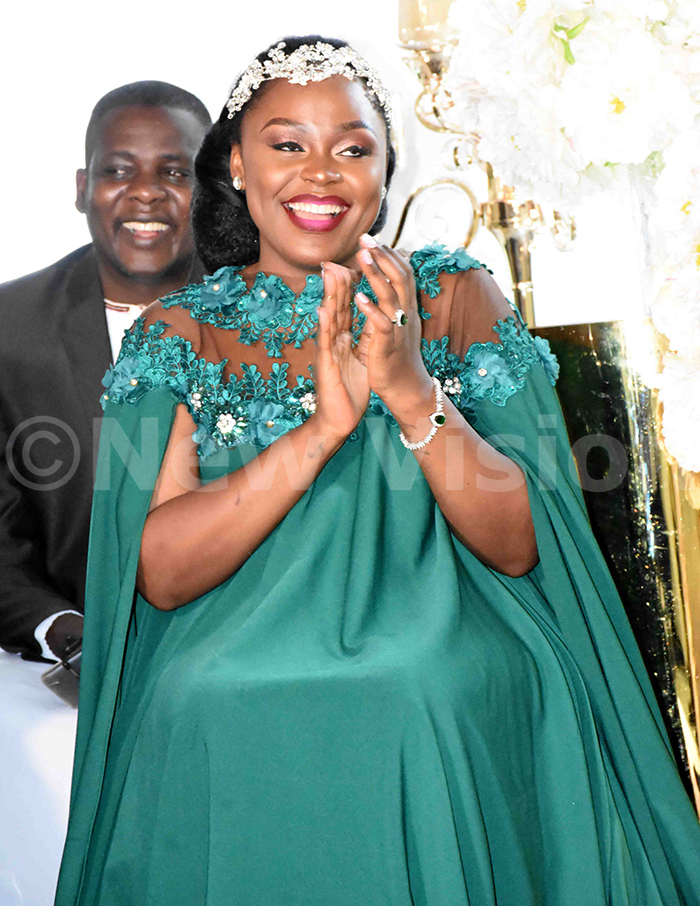 She is a Ugandan Female Artist who is newly wedded to Dr. Hamza Ssebunya. She married him after separating from Eddy Kenzo.  She was born to the late Hamida Nabbosa and Mukiibi Ssemakula. She was born in Lubaga Hospital on 24th Apirl 1991.  She has only one child whom she had with Eddy Kenzo called Aamal Musuuza. 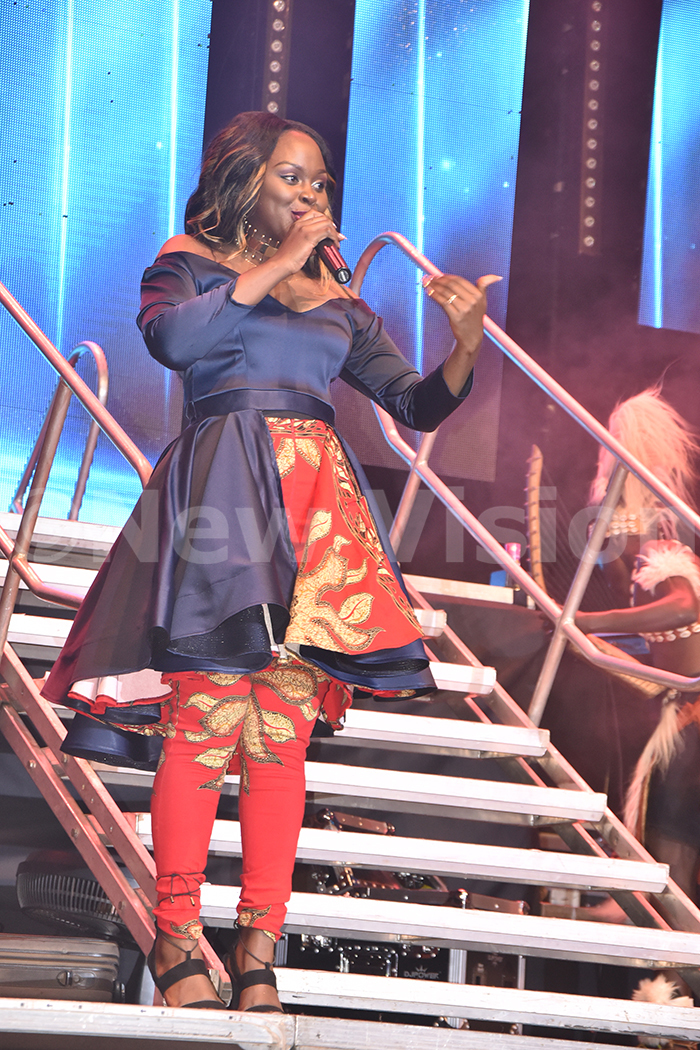 She went to Kitante Primary School, Saint Balikuddembe SS and Kyambogo University. She started singing in her vacation in Kareoke thereafter she became a backup singer to Halima Namakula. After being fired by Bebe cool she released a song called "Oli wange which made her popular in the music industry. 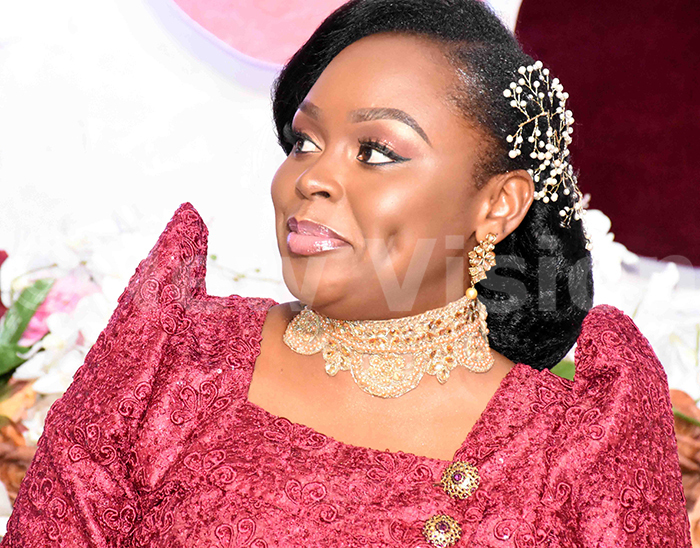