How you can live healthy with HIV

At 16, Ndagire was an innocent beautiful minor. She was kidnapped by a defiler, who drove her 100 miles away and held her hostage in his bungalow. For four days, the kidnapper defiled her repeatedly. 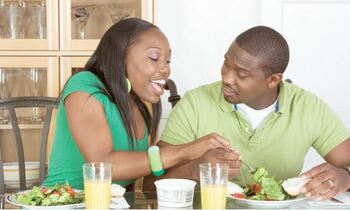 So what if you are HIV positive? You cannot undo what has already happened. If you are HIV-positive, you cannot reverse your positive status, can you?

Experts say remain positive for life. There was a time when an HIV diagnosis was a suspended death sentence. Not anymore. You still have a long productive life ahead of you and you can live a healthy life with HIV.

This is only possible if you adopt a lifestyle to delay the onset of AIDS. HIV is the virus that causes AIDS, so being HIV-positive means the virus is in your blood. When you start falling sick often, then you have developed Acquired Immunodeficiency Syndrome (AIDS).

NDAGIRE'S STORY
Dorcas Ndagire has lived long with HIV because she has learnt to live passively and refused to interpret her condition as terminal. At 16, Ndagire was an innocent beautiful minor. She was kidnapped by a defiler, who drove her 100 miles away and held her hostage in his bungalow.

For four days, the kidnapper defiled her repeatedly, leaving her for dead. A year later, just 17, after having an on and off fever, sweating a lot at night, having a bad skin rash, coupled with persistent diarrhoea, Ndagire was forced to take an HIV test, which showed she was positive.

The tormenter had infected her with the dreaded virus! Her dreams were shattered. After four years, she became critically sick. There were times when the sickness was in remission and her life seemed normal, when she would really forget the truth, or simply just refuse to believe it.

But time came when she slipped back into multiple infections. She had developed AIDS. Ndagire had to be admitted at Mulago Hospital for months. She painfully struggled with the sickness for three years until all she wanted was to die. She thought it was the only death that could set her free and take away her pain. But TASO always clung to her even in her desperate condition.

Today, over 30 years since she received her death sentence, life is going on well for Ndagire and she can afford to reminisce about her ordeal with nostalgia. She is an irrefutable example of health and vitality and she demonstrates no trace of her former condition. "People who saw me where I was admitted for over a year can testify that a miracle truly happened.

I am completely free from AIDS and I have gone from frightened victim to an HIV dissident and a spokesperson for new views about HIV/ AIDS," Ndagire says. She attributes her good health and long life to positive living.

There are several things one can do to stay healthy and live longer and these are the things that longterm survivors like Maj. Rubaramira Ruranga have done, to stay healthy for as long as 20-30 years or more after getting infected with the HIV virus.

It is about not infecting others as well as not re-infecting yourself. It is also about having a positive attitude and a healthy lifestyle. Granted, finding out that you have HIV is not easy because it is scary and can torment you.

This is natural. The knowledge that you are HIV-positive is a transition. It is starting a new life where you must learn how to cope and focus on what is most important.

POSITIVE LIVING
In the same way, when you are HIV-positive, you must learn how to cope with your new status and how to live with it. That is what is called Positive Living or Living Positively with HIV. It is a term used to describe steps taken by people living with HIV that enhance their lives and improve their health.

The importance of positive living is that it prolongs the productive lives of individuals infected with HIV, making it possible for them to contribute to the well-being of their families. It also helps to decrease discrimination and pauperization, which can make surviving family members more vulnerable to HIV.

Similarly, increasing investments in education, care, social support and general development efforts within affected communities strengthen their capacity to respond to the epidemic. However, you can still live a good and normal life as long as you adhere to positive living.

We have lost people who would still be with us if they lived more responsibly. Acceptance How you got the virus is not important. What is important is your present, tomorrow and treatment. Stop dwelling on the past since you cannot reverse what has already happened.

Work with your feelings, avoid denial and accept your new status. Anti-retroviral drugs For those on ARVs, it is important to know that these anti-HIV drugs are not a cure, but improve the quality of life. They are a life-time commitment and you have to take them for the rest of your life, even after your viral load has reduced to undetectable levels.

It is crucial to adhere to the drug regiment religiously for them to help you and avoid resistant strains of HIV. If you miss a dose; take it as soon as you remember. But if you realise when you are about to take your next dose, do not take a double dose.

No other medicines
Do not take any other medicine without consulting your doctor first. Consult the doctor even if you are going to take herbal medicine. Some drugs may react with the ARVs.

Sex
The principle is to practice safe sex to avoid re-infection. Even when on ARVs, you can still infect others. Make sure your partner is tested. You must not risk having unprotected sex. Use a condom if you must or abstain.

Medical
When ill, seek medical attention immediately. Never treat yourself and make sure you seek proper medication. Treat all the opportunistic infections and adhere to the times of required tests, such as liver and kidney function tests.

Balanced diet
If you are on ARVs, you need a balanced diet. It must have bodybuilding, repairing and energy-giving foods to boost the body's ability to fight diseases. The quality of feeding significantly influences the success of ARVs by reducing side-effects, improving drug effectiveness and general health.

Some people skip drugs whenever they have no food because the drugs are strong and can be torturous on an empty stomach. It is important to drink plenty of clean and boiled water.

Hygiene
Practice proper hygiene. Wash your hands often, especially before meals and after using the toilet.

Exercise
Exercise to keep the body active and avoid being overweight. You should have sensible and quality leisure that builds you.

Habits
Avoid leisure that strains your energy, such as smoking and alcohol. Smoking damages the lungs and many other parts of the body, making it easier for infections to attack your body. Consuming alcohol is harmful to the body, especially the liver, it increases vulnerability to infections and destroys vitamins in the body.

Spiritual
Have a motivation to live on, keep faith in God and pray and seek pastoral counselling. With counselling and love, you can beat all difficult times.