Should schools be closed over defilement?

The New Vision asked its online readers what they thought should be done to schools whose directors/owners are preying on young girls. And these are the views. 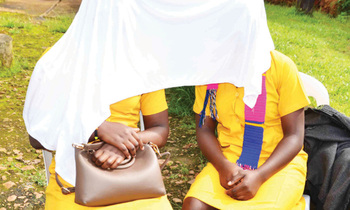 What should be done to schools whose directors prey on girls?

Kibaki Zepha I think these are two separate entities the owner and the school. The school is registered by law. A person should be dealt with as a person, not as a school. So, I think that is not the best approach to handle such issues.

Rauben Turyatunga These scenarios have become the order of the day, professionally, teachers are the parents. It's very absurd to defile a learner who should be like your child. The culprits should be sentenced to imprisonment.

Enock Mukiza They should withhold and cancel academic papers of the administrators and the culprits plus imprisonment. Recruit new school staff to run the school.

Abraham Maker Gol To prey on young girls is unethical. Private schools are businesses and in every business, there must be ethics. Such schools should have strict rules and if they break them, they should be closed down

Isa Sseruyange All schools must have CCTV cameras and those teachers found in that act should have there academic papers cancelled. Schools must not be closed

MB Fitzpatrick It's clearly noted that the school head did prey on a youngster, not the school. Therefore, the school should go on rendering its services to the community, but the person defiling girls should be sent for life imprisonment.

Hassan Kay The schools did prey on young girls. It should be the school heads to be dealt with not the schools

Jamie Godwin Asilaza Closing the schools would be harsh. It will affect students who previously completed their studies there. However, the government should punish the individual perpetrators with life imprisonment. And a fine not less than 1/2 of there wealth.

Agaba Asiimwe Now imagine this suggestion! Everything in the country is just in a fix, it's as if it has no laws governing Uganda.
Let what the law says to be done accordingly.

Oonyu Ken The tragedy of liberalising education and not providing adequate supervision. The government has left everyone to their own vices. Who will watch over who?

Eng Nythan  Just punish the offender. Closing the school punishes the students, parents, society around, and even the family of the culprit. Isolate and punish only the offender.

Christopher Vuonze The girls you call young don't want to accept that. Some even lure men into such acts.

Nelima Racheal Wait if it's your daughter and raise such a comment.

'School boss had sex with me as my friend watched'