During the function, Christians donated money towards the completion of the Cathedral of Moroto. 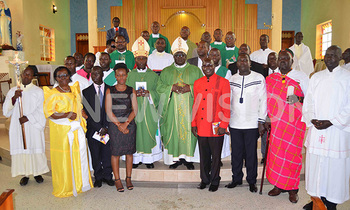 KAMPALA - The association of the Catholic Laity of Tororo Ecclesiastical Province on Sunday celebrated 3 years since its inception. 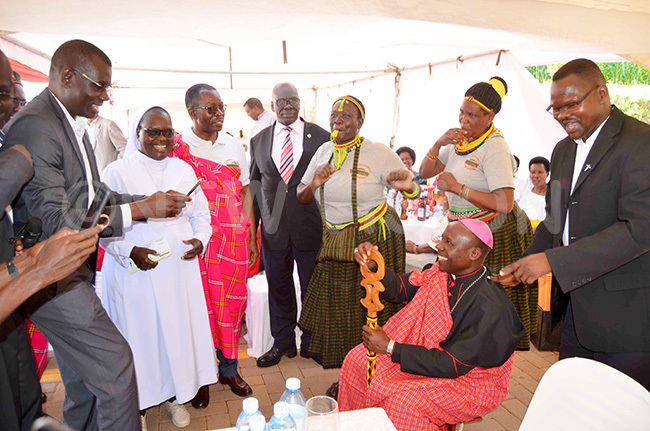 The function started with a thanksgiving mass, which was presided over by the Metropolitan Archbishop of Tororo, the Most Rev. Emmanuel Obbo, who urged members of the association to continue working together to enhance the development of the Christians in the region.

The function was also graced by the Bishop of Soroti, Dr. Joseph Eciru Oliach, the Vicar-General of Kotido, Msgr. Paul Ngole and several priests, seminarians and religious men and women affiliated to the province. 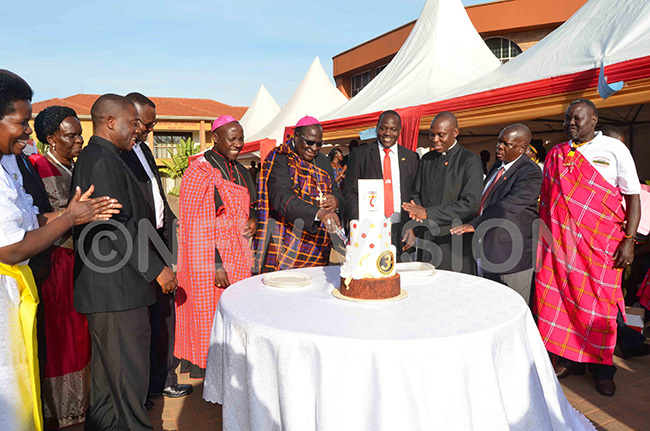 Bishop Eciru and Archbishop Obbo (wearing skull-caps) cutting a cake with some of the members of Tororo Ecclesiastical Province Association of the Laity (TEPAL) during the celebration of the association's third anniversary at St Charles Lwanga Catholic parish, Ntinda (in Nakawa Division) on Sunday, November 3

During the function, Christians donated money towards the completion of the Cathedral of Moroto. 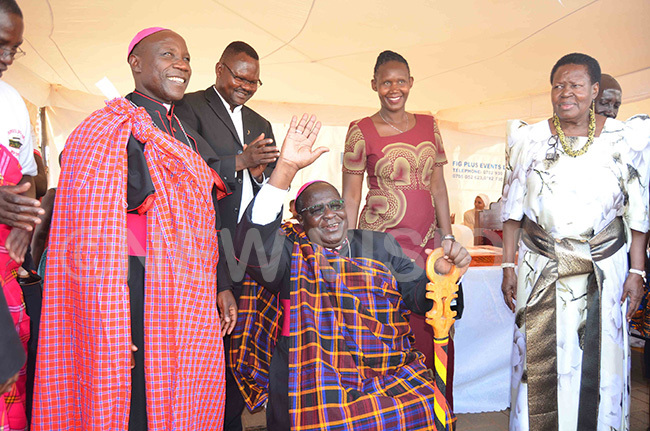 Archbishop Obbo gets a feel of the Karimojong stool that was donated to him by the Christians of Tororo Archdiocese. Left is Bishop Eciru of Soroti diocese.