Bengo takes over reins at Wakiso Giants as Kisala quits 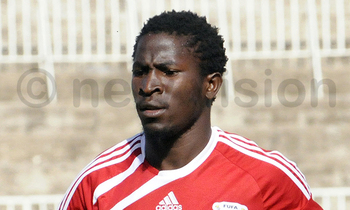 This comes after Coach Kefa Kisala and Wakiso agreed to part ways according to a statement from club CEO Sula Kamoga.

"The club and coach Kefa Kisala have mutually agreed to terminate the employment contract. The reasons for termination remain confidential but are for the benefit of either party.

The club thanks Kefa for his services over the past months and wishes him well in his next endeavour. He now becomes an integral part of the club's history and we are proud of the successes we shared together," read the communication.

"In the meantime, the club has appointed former player Steven Bengo as a caretaker coach as the club prepares to announce the new chapter and new head coach."

Kisala's exit comes on the back of Wakiso's inconsistent performances in the league so far.

They travel to Kitende to play table leaders Vipers (27 points) tomorrow who is so far the only unbeaten in the topflight league.

Wakiso is currently 10th on the log with ten points ahead of Tuesday's league game on the back of two consecutive defeats they suffered against Express (3-0) and Police (2-1).