The Crested Cranes are drawn in Group B with Ethiopia, Kenya and Djibouti 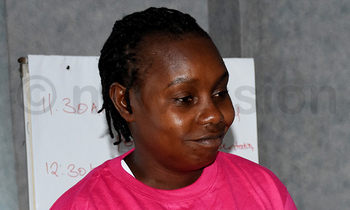 Crested Cranes head coach Faridah Bulega has dropped eight players from the squad that is preparing for the CECAFA Women Challenge Cup that will be held in Tanzania from November 14-23.

The remaining 27 players will now enter a residential training camp at FUFA Technical Centre in Njeru from Tuesday until November 12 when the final squad of 20 players will be named.

The Crested Cranes are drawn in Group B with Ethiopia, Kenya and Djibouti while Group A comprises of hosts Tanzania, Burundi, Zanzibar, and South Sudan.

Cranes will start their campaign with a tie against Djibouti on November 15 at Chamanzi Stadium and thereafter they will battle Ethiopia before entertaining neighbours Kenya.

The Crested Cranes defeated Ethiopia and Kenya 2-1 and 1-0 respectively during the last CECAFA tournament in Kigali, Rwanda.