In order to bring back the glory of Busoga, combined effort is needed calling upon parents, teachers, religious leaders and communities to join the force to revive the Education standard in Busoga schools. 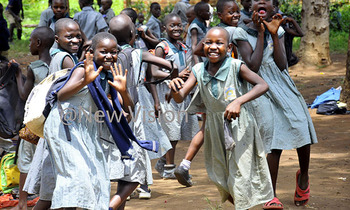 BRINGING BACK GLORY OF BUSOGA
The chairperson of the Busoga Education Initiative (BEI) Agnes Kalibbala has urged parents to support teachers in the struggle to revive educational standards in the region.
‘' In the past Busoga schools   both in Primary and Secondary used to perform better in the country and we used to be proud of our region but today there are no more on the block.  Where is the glory? ‘' Kalibbala asked the parents 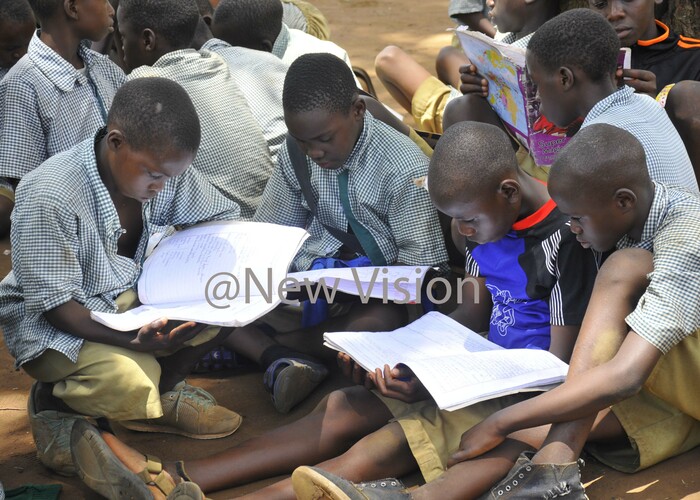 Pupils of Iganga Municipal primary school revising ahead of the examination outside the classrooms Oct 25 2019.Photo by Wilfred Sanya
Kalibbala was speaking during the handover of scholastic materials for the primary seven candidates who are set to seat for Primary Leaving Examinations (PLE) at Iganga municipal Primary school in Iganga district recently.
She noted that in order to bring back the glory of Busoga, combined effort is needed calling upon parents, teachers, religious leaders and communities to join the force to revive the Education standard in Busoga schools. 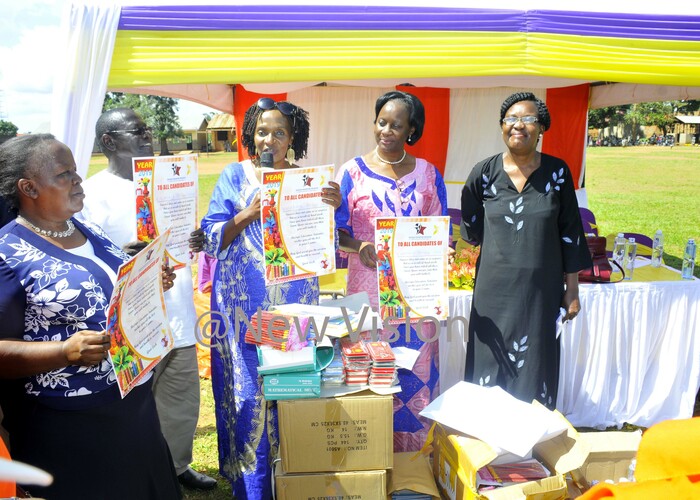 (L-R) Dr Rose Badaza , David Naluwayiro , Agnes Kalibbala , Olive Lumonya   handover  education material to the teachers in Busoga region.This was in Iganga Oct 25 2019.Photo by Wilfred Sanya
"Together, let us eliminate issues that lead to poor performance of children, cases of children engaging in sugarcane plantations at tender age should be stopped. The fight to decrease the percentage rate of school dropouts is every body's responsibility. Parents should work with teachers to improve the standards of our children," she said.
She noted that the focus of upbringing of a child should not focus on education alone but also on skills that can help them earn a living in future in case education fails to work out.
Kadaga, applauded the (BEI) for spearheading the improvement of education in the region adding that it has led to  better performance as seen in the recently released
(PLE) results last year.
Kadaga urged the parents to offer scholastic materials and other basic needs in order for pupils to learn well.
Olive Lumonya the National Director of the SOS Children Villages a member of the initiative appealed for resource mobilisation from all the Busoga community including those people who went through the Busoga schools. 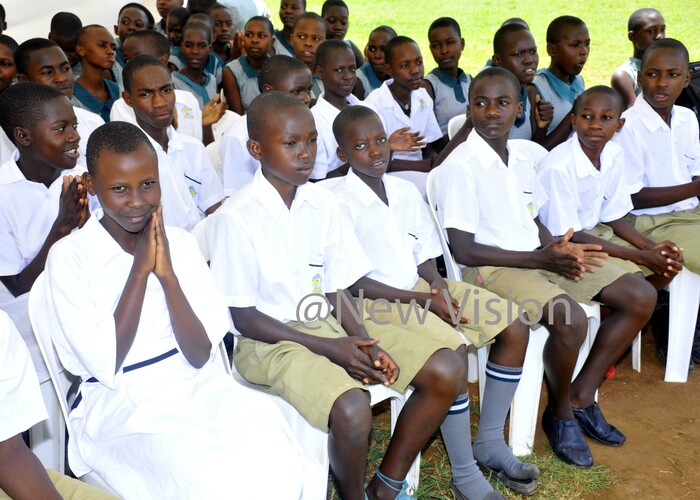 Primary Seven (P.7) candidates of Iganga Municipal primary school during the handover of scholasticmaterialsto schools of Busoga Region .This  was at Iganda district Photo by Wilfred Sanya
Lumonya proposed that if shs. 150, 000 is to be contributed by members annually by 300 people, they will raise over shs.45m that would be used to improve on the dilapidated infrastructure and buy scholastic materials.
David Kabambwe head of inspectors in Busoga appealed for more school grants in the region. Kabambwe said some of the schools lack water sources and also where they are located the water sources are far away from the communities.
He noted that some school children study under trees due to lack of structures, leading to interruption of their studies whenever it rains.
Statistics show that the student's dropout rate in Busoga is very high. Primary level is at 37%, Ordinary Level at 19% and Advanced Level is at 2%. 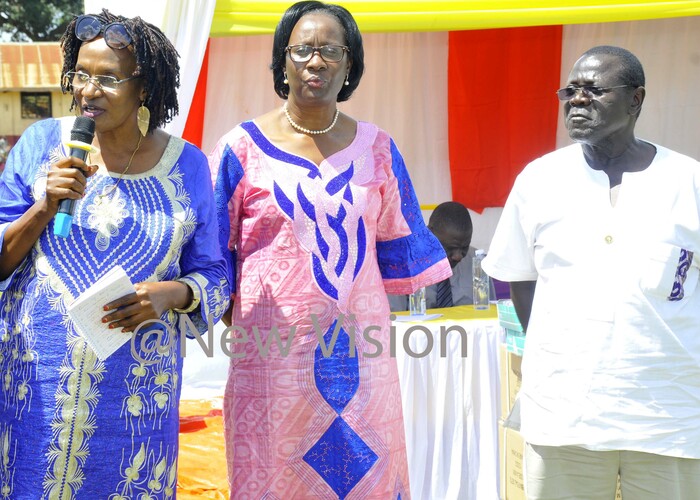 (L-R) Agnes Kalibbala the  chairperson of  Busoga Initiative addressing teachers from 22 schools of Busoga which  have  been performing  poorly in the primary  leaving education. October 25 2019. Olive Lumonya board member of the Busoga Initiative and David Naluwayiro.  Photo by Wilfred Sanya

The (BEI) is a voluntary project aimed at mobilization resources to uplift education standard of children in the region. The project was launched by the Speaker of Parliament Rebecca Kadaga in 2018.