What stands out though is that this new GDP and the attendant demand it will create will also require tighter controls on the quality of products getting into the market. 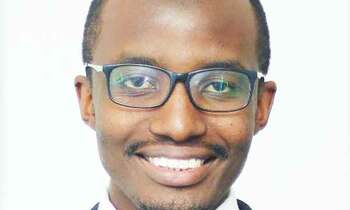 KAMPALA: The newly released numbers from the Uganda Bureau of Statistics have offered a new lens to view the national economy.

Numbers like this, banal as they might appear, have a real-time impact in the lives of ordinary Ugandans. First, they improve the quality of both their lives and their visions and then they affect what kind of products they consume.

Take for example, at a lower GDP, most citizens are likely to consume less expensive products which are majorly produced in the borders of the country and are averagely priced.

Higher GDP's, on the other hand, create demand for exported products. Cars, electronics, and luxury goods. It's an old Keynesian economic debate

What stands out though is that this new GDP and the attendant demand it will create will also require tighter controls on the quality of products getting into the market.

Touring the stalls at the Taxpayers' week, I was struck by the tent in which exhibitions were being carried out for the Pre-Export Verification Of Conformity. The Uganda National Bureau Of Standards entrusts three companies to do this work, the majority of it is heavy lifted by the Swiss firm, SGS. They keep over 2600 offices across the world to make sure products are kept to standard.

In 2013, UNBS reported that it had kept nearly 58 million goods with questionable standards from being placed on Ugandan shelves.

For a small country like Uganda, these steps to keep out fake and economically, and environmentally dangerous products are crucial.

It is hard to do this at the border entry point because, of 160 border points, only 19 are monitored by UNBS. A pre-export verification mechanism cuts these out much faster and better.

So as we rejoice in the new economy of numbers, we ought to be careful to consume quality products.