The altered design will increase the number of floors for the new parliamentary chambers from 8 to 9 to accommodate an extra 100 seats for legislators and an ultra-modern museum. 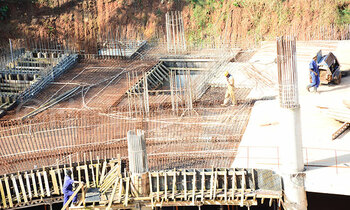 KAMPALA-The Solicitor General (SG) has approved the contract for the Parliamentary Commission to alter construction designs for its new chambers.

The altered design will increase the number of floors for the new parliamentary chambers from 8 to 9 to accommodate an extra 100 seats for legislators and an ultra-modern museum.

Ssentoogo and Partners, a private firm contracted to oversee the construction project, while the Ministry of Works and Transport is the over role supervisor.

The new development means that on top of a museum, a 100 more seats will be added to the 500 seats that at the inception had been planned for office accommodation for legislators.

Asked who will meet the additional costs for new Parliamentary chambers, Kaweesa said " I am yet to get more information prior to that, "however according to sources on condition of anonymity the additional works will cost Sh206b inclusive of VAT.

According to the source who preferred anonymity the new works bring the overall cost of the project to sh206b from the initial cost of Sh179.8b. It is not clear whether the cost will include idle time that  ROKO Construction Limited has spent on-site without ongoing works.

"To affect the new designs also the construction period will extend for more years than the initial planned period of the year 2020," the source explained.

The source revealed that the Parliamentary Commission forwarded the contract of the new chamber designs last September to the (SG) office for approval. Parliament was waiting for the approval of the new designs by the SG's office.

The site of the new Parliamentary chambers is located along Sir Apollo Kaggwa road occupying the former Commonwealth Heads of Government Meeting (CHOGM) Square, opposite Uganda Broadcasting Corporation (UBC) and the National Theatre.

According to the source, the construction designs for new Parliamentary chambers had been approved by the construction committee of Parliament. Besides the designs have been enlarged to accommodate nine floors in contrast to the original plan which had a total floor area of 22,450 meters' squares comprising of eight levels.

The source explained under the new design they have created a ‘mezzanine floor that will carter for space of accommodating the museum.

The source explained, "The mezzanine level of a building is a partial floor, located between the ground floor and first floor." It will have bigger rooms for Parliamentary committees, office accommodation, legislators and staff, member's library.  Kitchen, dining, member's lounge among others.

The new designs have expanded each floor of the new chambers by three meters width to pave way for more space in terms of square meters."

Asked how much will the additional works cost Parliament, in response to the source said "The contractor ROKO Construction Limited has not utilised the approved sh206b budgeted for the construction works, it is still within the budgeted funds," said the source.

"Parliament approved sh179.8b as contract price to pave the way for ROKO Construction Limited, to embark on the construction of the chambers, expected to be completed by 2020," revealed the source.

In August, in an interview with New Vision, Mark Koehler, the Managing Director of ROKO Construction Limited, said Parliament commission had stopped his company from progressing with construction works four months ago, pending redesigning chambers to carter for a bigger space.

Koehler disclosed that the drawings of the new designs were done by Ssentoogo and Partners, who are the architects of the project and once it is  finalised, they will resume the construction works.