The legend grows: Life and career of Tiger Woods

Career timeline of Tiger Woods, who won the Zozo Championship in Japan Monday for a record-equalling 82nd US PGA Tour victory. 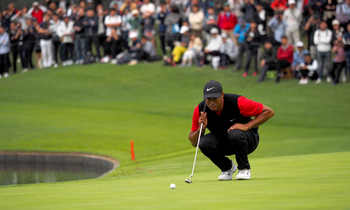 Career timeline of Tiger Woods, who won the Zozo Championship in Japan Monday for a record-equalling 82nd US PGA Tour victory:
-- August 1996: Turns professional after an outstanding amateur career and is named PGA Rookie of the Year. Wins first US PGA Tour event in October
-- April 1997: At the age of 21 wins the first of 15 majors at the US Masters and becomes the youngest to wear the Green Jacket
-- June 1997: Rises to world number one for the first time
-- June 2000: Wins US Open at Pebble Beach by a record 15 strokes
-- July 2000: Becomes fifth player to complete career Grand Slam by winning the Open Championship at St Andrews 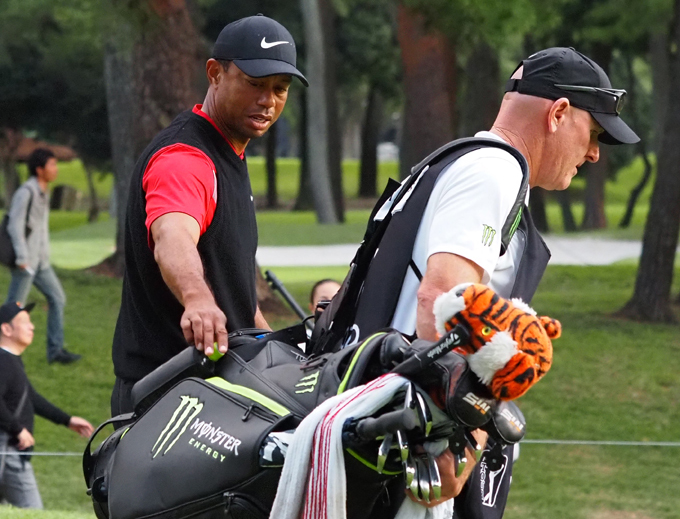 Tiger Woods  (L) reaches for a water bottle after teeing off at the 9th hole during the fourth round of the PGA Zozo Championship golf tournament at the Narashino Country Club in Inzai, Chiba prefecture

-- April 2001: Wins second US Masters at Augusta National to complete "Tiger Slam" and hold all four majors simultaneously
-- April 2002: Defends successfully at Augusta for third Green Jacket
-- June 2002: Wins his second US Open at Bethpage Black and becomes youngest in history to win seven majors
-- September 2004: Loses top ranking to Vijay Singh after a record 264 weeks as number one in world 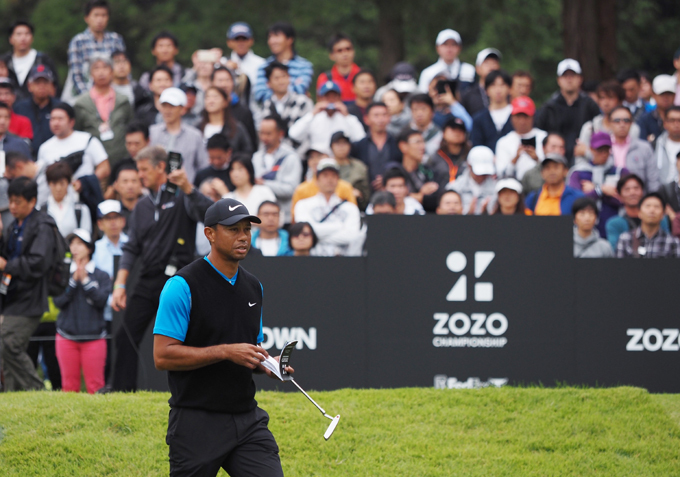 -- April 2005: After two seasons without a major wins fourth Masters, defeating Chris DiMarco in a playoff

-- July 2005: Lifts the Claret Jug at St Andrews for his second Open Championship and 10th major. Joins Jack Nicklaus as only players to win all four majors twice
-- May 2006: Father and mentor Earl dies aged 74
-- July 2006: Breaks down in tears after winning third Open and 11th major at age of 30 at Hoylake. "It just came pouring out of me, all the things my dad meant to me, and the game of golf," he said. "I just wish he could have seen it one more time." 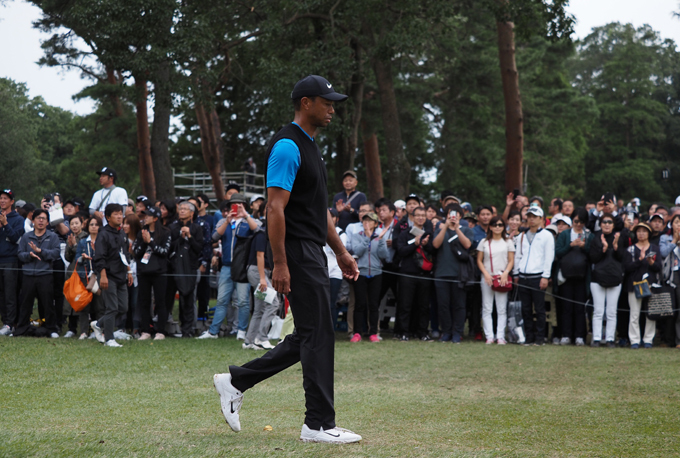 -- August 2006 wins third US PGA Championship at Medinah, Illinois, and a year later repeats the feat at Southern Hills, Oklahoma
-- June 2008: Two months after knee surgery, wins US Open and 14th major. Plays through intense pain to win at first sudden-death hole after an 18-hole Monday playoff against Rocco Mediate. Ends his season and heads back to the operating theatre for more repairs to left knee
-- November 2009: A car accident outside his Florida home unearths infidelities that wreck his marriage. Takes an "indefinite break from professional golf" in the aftermath
-- April 2010: Returns to action at the US Masters where he finishes fourth but mounting injuries take their toll and his ranking starts to plummet 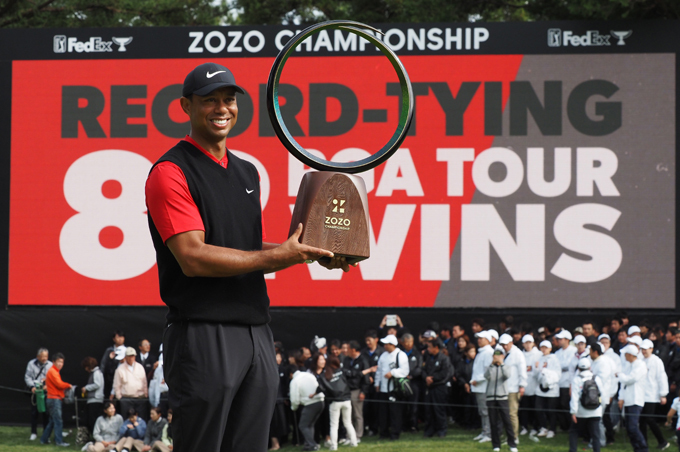 -- March 2013: After a return to form and fitness in 2012, victory at the Arnold Palmer Invitational elevates him once more to world number one
-- March 2014: Injures himself during the Honda Classic and skips the Masters for first time to undergo back surgery
-- May 2014: Loses world number one spot to Australia's Adam Scott
-- February 2015: Withdraws injured from a tournament at Torrey Pines announces another extended break from competition
-- September 2015: Woods has back surgery to remove spinal disc fragments pressing on a nerve
-- February 2017: Returns from 16-month layoff only for back spasms to force him to pull out of Dubai Desert Classic
-- April 2017: Unable to play in Masters and announces more surgery to alleviate back and leg pain
-- May 2017: Arrested on suspicion of driving under the influence in Jupiter, Florida
-- January 2018: Returns to the US PGA Tour with tied 23rd at Torry Pines 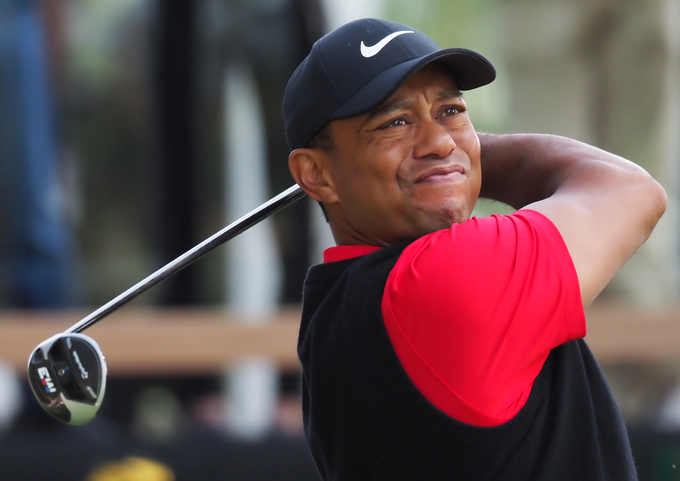 - September 2018: Returns to winner's circle at the season-ending Tour Championship in Atlanta, his first victory since the Bridgestone Invitational in August 2013
-- April 2019: Woods wins his fifth US Masters at Augusta National 14 years after his fourth. Ends an 11-year wait for his 15th major
-- October 2019: Wins inaugural Zozo Championship in Japan on return from latest knee surgery to equal all-time record of 82 US PGA Tour wins set by legend Sam Snead 54 years ago