Russia had developed a "dry" form of the vaccine against Ebola, which can be stored in "a regular domestic fridge," taking into account the climate conditions of African states. 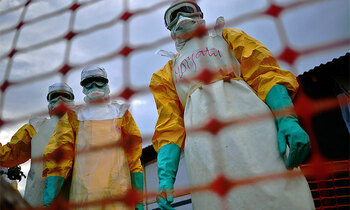 Russia has developed a vaccine to cure the Ebola fever, which has demonstrated 100% effectiveness during tests on primates, according to the Russian healthcare minister.

Speaking at the plenary session of the Russia-Africa Economic Forum on Wednesday, Veronika Skvortsova the Russian Healthcare Minister said his country has developed a new vaccine against the Ebola virus and is ready to supply it to Africa after the vaccine is registered.

"Besides prevention methods, Russia has developed a unique vaccine to cure the Ebola fever, which has demonstrated 100% effectiveness during tests on primates. Its clinical research is currently being finalized. After this vaccine is registered, Russia will be ready to supply it to African countries," Skvortsova stated.

He added that Russia had developed a "dry" form of the vaccine against Ebola, which can be stored in "a regular domestic fridge," taking into account the climate conditions of African states.

Russia's bid to reverb Africa from the Ebola crisis comes shortly after over 11,300 people in West African countries in 2014-2016 were confirmed dead due the Ebola epidemics.

The first case of Ebola was registered in 1976 in Zaire, (currently the Democratic Republic of the Congo), in a settlement on the bank of the Ebola River, which gave the disease its name. 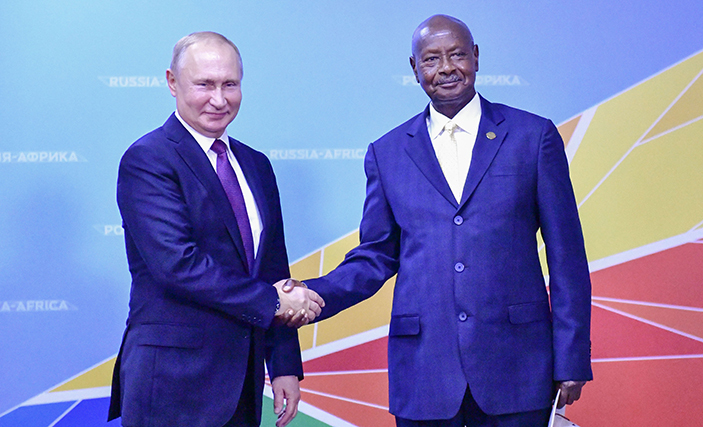 The viral disease caused by the Ebola virus has a very high death rate and the Ebola epidemic has killed thousands of African residents in the past several years.

The latest major outbreak of Ebola was seen in December 2013 in Guinea, quickly spreading to neighboring Sierra Leone and Liberia.

Other cases were registered in Mali, Nigeria, Senegal, Spain, the UK, Italy and the US.
According to the World Health Organization (WHO), since the start of the epidemic, over 11,000 people have died and over 28,500 infected.
In 2017-2018, the first stage of using the Russian vaccine in Guinea took place, with 2,000 people vaccinated.

The leaders of all 54 African countries have been invited to come, and at least 40 of them have already confirmed their participation.

Eight major African integration associations and organizations are also involved in the event.

On the summit's sidelines, an economic forum will take place, which will be attended by the continent's heads of state, and representatives of the business community and government agencies.

The Roscongress Foundation is the organizer of the event, and TASS is the official photo host agency of the summit and economic forum.