The overall objective of Uganda hosting the dialogue is to enhance international judicial cooperation. 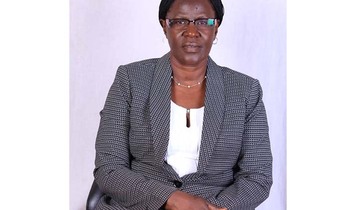 According to the chairperson of the National Organizing Committee, Esta Nambayo, the overall objective of Uganda hosting the dialogue is to enhance international judicial cooperation through sharing of Judiciary challenges and best practices among states across Africa and beyond.

"The Dialogue is expected to highlight experiences, challenges and best practices towards better administration of justice and sound protection of fundamental human rights and freedoms in their respective countries," Nambayo said.

Nambayo who was recently appointed a judge of the High Court says that the three-day dialogue will bring together a total of 450 delegates from AU member states.

They include Chief Justices, Presidents of Supreme and Constitutional Courts from the 55 AU member states, as well as regional and international judicial bodies and local participants from the Ugandan Government.

Nambayo revealed that the Dialogue will be consultative as well as participatory to facilitate exchange of information and sharing of experiences.

"There will be expert presentation on some of the sub-themes as well as sharing experiences from different jurisdictions at national, regional and continental level," Nambayo noted.

The fourth African Judicial Dialogue which kicks off on October 30 and end on November 1 is organized by the African Court on Human and Peoples' Rights (AfCHPR) under the auspices of the African Union (AU).

The fourth African Judicial Dialogue is under the theme: "Tackling Contemporary Human Rights Issues in Africa".

Nambayo also the outgoing Chief registrar of the Courts of judicature in the country disclosed that the fourth African Judicial Dialogue is funded by the African Union and Uganda Government.

She revealed that he Dialogue will be preceded by a training of Chief Justices and Justices on the freedom of expression organized by UNESCO and a training of the media representatives from all over Africa on October 29.

"The Dialogue will result in the adoption of the "Kampala Plan of Action on the Tackling of Contemporary Human Rights Issues by the African Judiciaries," Nambayo noted.

On February, the government expressed interest through the Ministry of Foreign Affairs' to AfCHPR and the opportunity was granted to Uganda on April 5, this year.

AfCHPR is a continental Court established by the member states of the African Union, to ensure the protection of human and peoples' rights in Africa.

The Court commenced its operations in November 2006, and has its permanent seat in Arusha, Tanzania.

The Court was established under the Protocol to the African Charter on Human and People's Rights, which was adopted on June 9, 1998 in Burkina Faso, but came into force on January 25, 2004. Uganda ratified the Protocol on February 16, 2001.

Nambayo explained that the dialogue is timely since Uganda has exhibited commitment to promote and protect human rights as evidenced in the legislation and creation of institutions that promote human rights.