Three things we learned from the Premier League

Liverpool's lead at the top of the table was cut to six points after their 17-game winning run in the Premier League was ended in a 1-1 draw at Manchester United. Liverpool players appeal to English referee Martin Atkinson (2nd L) after he allows the opening goal despite a foul on Liverpool's Belgium striker Divock Origi in the build up, during the English Premier League football match between Manchester United and Liverpool at Old Trafford in Manchester, north west England, on October 20, 2019. AFP PHOTOS
Liverpool's 17-match winning run was halted in a draw at Manchester United, while VAR caused more havoc and Chelsea's revival gathered pace.
Here are three things we learned from the Premier League this weekend:
VAR chaos and confusion
The dominant feature across the weekend's action was controversy over the use of VAR.
Aston Villa, Wolves, Burnley and Liverpool saw goals ruled out, Tottenham did not -- despite the big screen saying their late equaliser against Watford had been -- and a host of penalty appeals were waived away.
"I'm a big fan of it but it has to be used more wisely than that," said Burnley manager Sean Dyche after his side had a late equaliser at Leicester ruled out for the slightest of touches by Chris Wood on Jonny Evans. 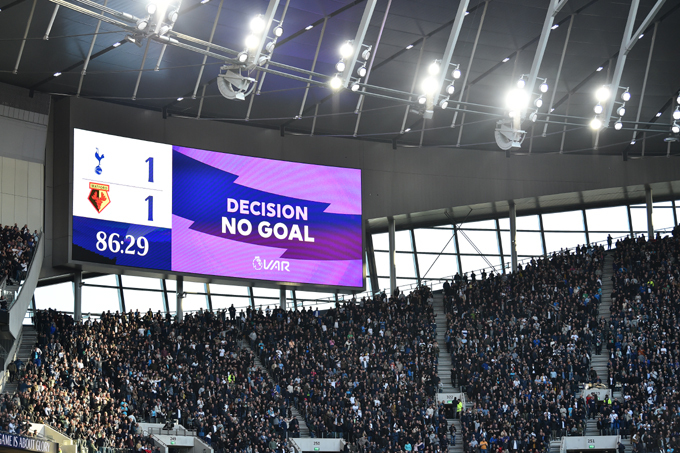 Manchester City boss Pep Guardiola sarcastically said his players are clearly "diving" after VAR did not award what appeared clear penalties to his side against Crystal Palace, while Watford were also hard done by when Jan Vertonghen was not punished for bringing down Gerard Deulofeu inside the area.
"I was thinking VAR is objective, but now I am thinking it is something very subjective," said Watford manager Quique Sanchez Flores.
The Premier League's decision to impose an extremely high bar to overturn a referee's initial ruling is under fire as is the reluctance of referee's to review their decisions on a TV at the side of the pitch.
Amazingly, VAR is yet to award a penalty 89 games into the season.
Salah-less Liverpool lack spark
Liverpool's lead at the top of the table was cut to six points after their 17-game winning run in the Premier League was ended in a 1-1 draw at Manchester United.
The European champions enjoyed nearly 70 percent possession at Old Trafford, but laboured to create chances without the injured Mohamed Salah.
The Egyptian has often failed to reach the heights of his stunning debut 2017/18 season in 2019, but in his absence the in-form Sadio Mane was forced to switch position to the right-hand side while Roberto Firmino struggled to have his usual influence linking the play. 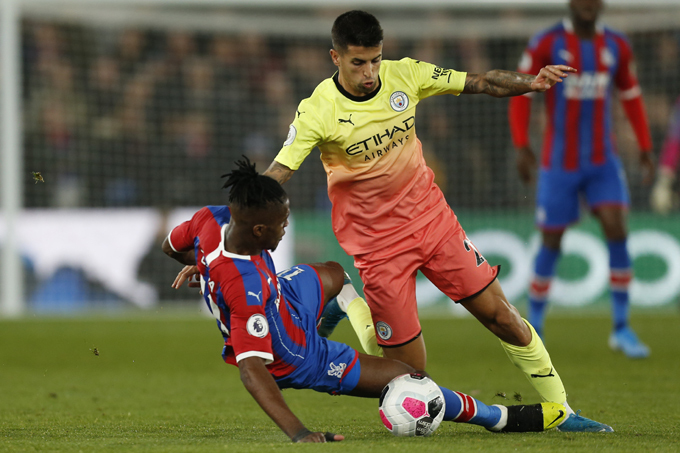 Jurgen Klopp hopes to have Salah back for his side's Champions League trip to Genk on Wednesday and on this evidence Liverpool cannot afford for him to miss too many matches in their bid to win the league for the first time in 30 years.
More to come from in-form Chelsea
Marcos Alonso says Chelsea are still a work in progress after they moved into the top four with a hard-fought 1-0 win over Newcastle on Saturday.
Alonso's 73rd-minute goal at Stamford Bridge sealed the Blues' fifth successive victory in all competitions.
The Spanish defender is pleased with the progress under new boss Frank Lampard but insists there is still more to come. 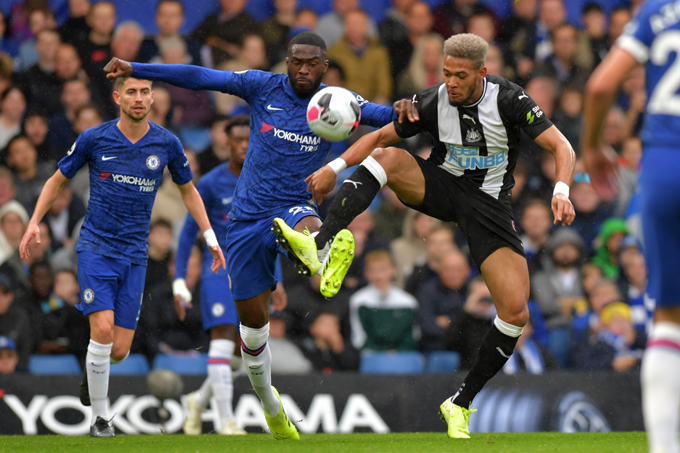 "We have many options in the team and this is good. The team is getting better, we are improving game by game and we need to continue in this way," Alonso said.
"It's a new season with new staff and there's room for improvement but since the beginning, we have improved a lot. We need to keep focused on each game and work hard in training."