Stanley Bakyayita, known as Kadidi, 35, is reported to have gone missing on Sunday, October 13, 2019 after a church service. 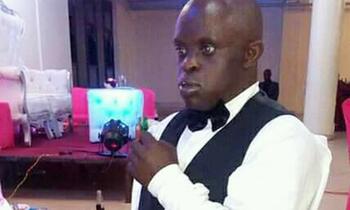 KAMPALA - A family in Naguru, a Kampala suburb has appealed to the public to help find their dumb relative who has been missing for the last five days.

Stanley Bakyayita, known as Kadidi, 35, is reported to have gone missing on Sunday, October 13, 2019 after a church service.

According, to Jonah Mugudwa, who is a nephew to the missing man, his uncle hurriedly left church and stopped a boda boda man who took him to an unknown place.

"After church, he stopped a boda boda and pointed to where he was going, we do not know where the boda boda man took him because he does not talk. We have searched the whole of Naguru and the neighbouring villages but we have failed to locate him," said Mugudwa.

The family has been trying to establish Bakyayita's whereabouts with no success. They have reported the matter to Jinja Road Police Station.

According to other family members, they are getting a lot of phone calls from people claiming that they saw him in Gayaza, Bugolobi, and Nakawa but it was not him.

"Usually people with that condition resemble, so when people see others they alert us, we spent the whole of yesterday moving from one place to another," said Mugudwa.

Bakyayita also has a problem with his eyes. His reddish eyes are always teary.

The family is appealing to the public who might have any information about their missing person to report the matter to the nearest police station or reach them through the cellphone numbers:  0705369685, 0752377344, and 0702623195