Why scrapping taxes on cooking gas will save Uganda's forests

It is no longer in contention that if we continue to lose forests at this rate, Uganda will hardly have any forests in the next 40 years 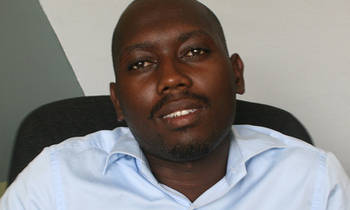 The government even went ahead and established an environment protection police unit as an absolute commitment towards saving forests. However, despite putting in place these numerous legal, institutional reforms and policies aimed at protecting and guiding sustainable use of Uganda's forest resources, the country continues to lose her national forest cover at an alarming rate.

Uganda is losing forests at a rocket speed with wood fuel and charcoal as the lead bases for the forests crack down. In 1990s, forests occupied 20.4% of the national land area compared to less that 10% in 2015. An abstract from UBOS in 2015 indicated that Uganda had a total of 1.9 million hectares of forestland compared to 4.9 million in 1990. This implies that we lost over 60% of the national forest cover in a period of just 25 years.

The study further indicated that we lost 90,000 hectares of forest cover between 1990 and 2015 on an annual basis. A recent research conducted by Africa Natural Resources Institute indicates that forest cover loss has now increased to 200,000 hectares annually.

The situation has been greatly attributed to the growing population. Our national population growth is at estimated 3.6% per annum meaning that by 2025, we will be approximately 63 million people. Since Uganda's source of energy is largely biomass, increase in population results into increased pressure exerted on forests in such for firewood, agricultural livelihood and resettlement. It is also on record that the highest percentages of forest cover loss is more tense in districts that are highly populated.

Most institutions in Uganda namely; schools, Uganda prison services, Uganda Police and Uganda Peoples Defence Forces continue to depend on firewood as the only affordable source of energy. Research has revealed that a population of five thousand students consumes an average of five tones per term, which makes our forests more vulnerable and exposes them to more vulnerability if nothing is done as a substitute.

According to a study conducted by Makerere University College of Agriculture and Environment Sciences, Charcoal and firewood together accounts for 100% of the primary source of fuel used among the commercial cooking Shelters and the low-income group. While in the medium income group it accounts for 97.3% of the fuel used.

When the study was further examined to find out on the high usage of charcoal and firewood, it was found out that it is the only affordable source of energy for lower and middle-income households, which constitute a bigger percentage of the Ugandan population. This evidently correlates with the currently indicated 200,000 hectares of forest cover lost per year.

It is no longer in contention that if we continue to lose forests at this rate, Uganda will hardly have any forests in the next 40 years.

A six-kilogram cylinder of gas costs at about 150,000 Ugandan shillings and can be refilled between 60,000 to 70,000 Ugandan shillings depending on where you refill from of which very few households in Uganda can only meet this price hence restraining a good number of Ugandans from owning gas cylinders as an alternative source of energy. In the new vision of 4th September 2014, it was reported that according to Liquefied petroleum gas association, only 0.5% of the population was using LPG.

In 2006, LPG was exempted from taxation but the tax was later introduced 2015 following the hope that Uganda was to start producing its own gas by 2020 when oil starts flowing. The uncertainty of when oil production will eventually start puts our forests at stake as the only immediate, convenient and affordable source of cooking energy since liquefied petroleum gas is not currently affordable. This means if nothing is done to remove tax on LPG, masses will continue to deplete our forests for energy hence losing 200,000 hectares per annum which in long run will see our forests cease to exist.

We there call upon responsible government agencies to look into the matter and save our forests.

The writer is an associate director of the Centre for Energy Governance.