Esperance lacked many of the team that retained the trophy in bizarre circumstances while several stars have joined other clubs. 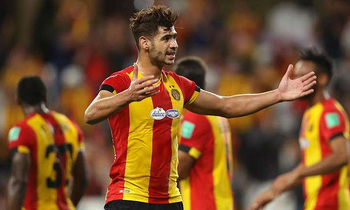 Esperance of Tunisia launched a bid to become the first club to win the CAF Champions League three consecutive times by drawing 1-1 away to Elect-Sport of Chad Sunday.

Fedi Ben Choug put the visiting team ahead on 66 minutes and Haroun Bokhit levelled before his teammate Leger Djimrangar missed a penalty for the home side in N'Djamena.

Esperance lacked many of the team that retained the trophy in bizarre circumstances while several stars, including Algerian Youcef Belaili, have joined other clubs.

Having received a preliminary round bye, Esperance seem virtually assured of overall victory against Elect when they meet again this month in Tunisia.

Esperance thought they had won the 2019 Champions League in the early  hours of June 1 this year when final opponents Wydad Casablanca of Morocco stormed off over a disallowed goal.

A malfunctioning VAR system could not check whether a foul had been committed before Wydad believed they had equalised in the second leg and on aggregate.

After a 90 minute delay, Esperance were handed the trophy and medals only for the Confederation of African Football executive committee to order a replay at a neutral venue.

Both clubs rejected the decision and appealed to the Court of Arbitration for Sport, who ruled that the CAF disciplinary committee should have decided the issue and not the executives.

The CAF disciplinary committee awarded Esperance the match, and a fourth Champions League title to go with those won in 1994, 2011 and 2018.

Wydad won 2-0 away to Nouadhibou of Mauritania in Nouakchott with left-back Mohammed Nahiri temporarily abandoning his defensive duties in each half to score twice.

Neighbours Raja Casablanca, who have been African champions three times, won 3-1 away to Al Nasr of Libya, who had to move their home match from Benghazi to Cairo for security reasons.