The NRM women's league chairperson was triggered by MP Francis Zaake's incessant interruption of her speech on election violence in the country. 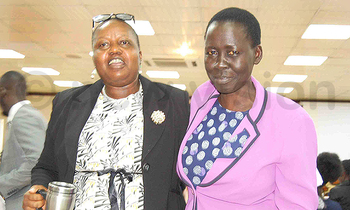 Wanyoto, whose outburst was triggered by MP Francis Zaake's incessant interruption of her speech on election violence in the country, went up in arms accusing the opposition of spending their time blaming their woes on the ruling NRM instead of grooming a strong candidate who can give Museveni a stiff run for the top office in the country.

Zaake and Wanyoto were among the many politicians invited for the launch of a report on election violence in the country by Women's Democracy Network (WDN) and Innovations for Democratic Engagement and Action (IDEA).

The report is titled early warning signs for violence in Uganda's 2021 elections and structures and strategies for mitigation. It was launched in Kampala.

Wanyoto who was a panellist at the launch, before the outburst, noted that violence is perpetrated by candidates who are not prepared enough for the campaigns and isn't sure they will win or not.

However, Zaake, not patient enough to let her complete her statement decided to interject, angrily accusing the NRM of being the lead perpetrators of violence in the country.

He kept on murmuring throughout Wanyoto's speech and after decided to walkout in protest as the discussions continued. 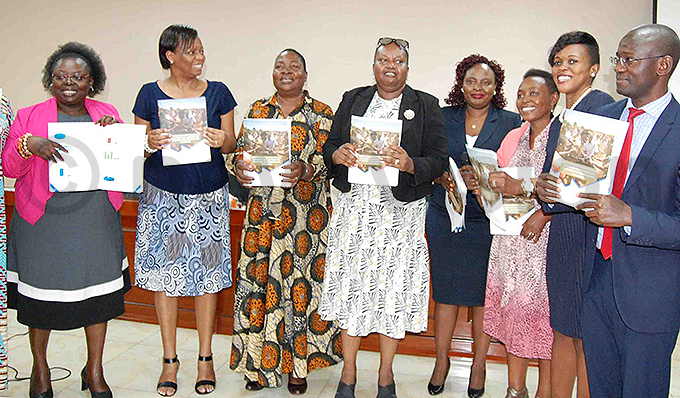 Dignitaries display copies of the report. (Photo by Sylvia Katushabe)

Irked by the move, Wanyoto stood up and assured oppositions, politicians, that she is not one to be easily intimidated.

"I am a woman who knows where she wants to go and nobody can intimidate me. I was a student leader at Makerere, I won the elections.  I came here with an open mind to deal with issues of election violence."

"I have been fought in elections, I was violated but I fought back because politics is not for the faint-hearted, politics is not a charity organisation. Politics is about power. You must know what you want and go for it at any cost," she said.

She always used the moment to take a swipe at Alice Alaso, former Serere Woman MP, who said in the last elections police was used to violet and intimidate her supporters.

"You have won elections for about three times and you didn't complain of violence. Why is it that now that you have lost you are complaining. Do you think the seat was meant for you alone?" she asked.

In response, Alaso decided to joke about the remark promising to sort it out with the NRM stalwart over a meal.

Emmy Otim, the chief executive officer of Distinct Leadership Consults also accused Zaake of being bad-mannered, stating that the Opposition, which is composed of mainly young people is intolerant and never willing to listen to views of dissent.

"People need to learn to listen to their opponents even when they disagree with their ideologies," he said.

He noted that instead of walking out, Zaake should have waited for an opportunity to be given to him to voice his opinion.

"The Opposition has very few opportunities to express their views. so when given an opportunity, they should learn to take it and not walk out," he said.

He called the Mityana Municipality MPs conduct immoral, stating that being one who inspires many, he is likely to mislead those who take after him.

However, he noted that to right the wrongs in the country's electoral process, the government needs to create a job market for the youth.

Jackline Asiimwe, a rights activist noted that in order to have an election free of violence, the electoral reforms should be implemented as advised by the Supreme Court.

"We want elections free from violence. It must stop. We cannot bequeath violence to the next generation," she said.