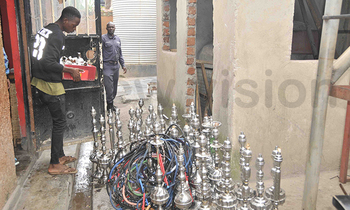 Mukono Municipality has asked the owners of nightclubs and bars to ensure that they obey the Tobacco Control Act 2015 or have their licenses revoked.

Mukono central division deputy town clerk Loy Bugeza said night clubs like The Hive and Casablanca are among those they are targeting if they do not reform quickly.

Bugeza made the remarks on Friday while closing training about the Tobacco Control Act by the Uganda National Health Consumers Organisation (UNHCO) to Police officers under the anti-narcotics department of Mukono Division Police, law enforcement officers from Mukono central and Goma division in Mukono Municipality.

The one-day training was held Sally's Grill and Restaurant in Mukono.

Bugenza said it is unfortunate because these night clubs mostly host university students who are also the biggest customers of the shisha business.

"We only license the nightclubs but not the shisha business. By licensing them, we do not give them allowance to deal in each and everything more so those that break the law," she said.

Police in a joint operation conducted with UNHCO arrested the manager of The Hive, Ashraf Kasirye, plus two workers Sam Mugerwa and Isma Buwembo who manage the shisha business.

However, the Kampala Metropolitan Police deputy spokesman, Luke Owoyesigyire, said that two of the suspects fled from custody at Mukono Police Station.

Bugeza said that after their law enforcement officers getting knowledgeable about the Tobacco Control Act, they will now among their responsibilities make sure that it is enforced. 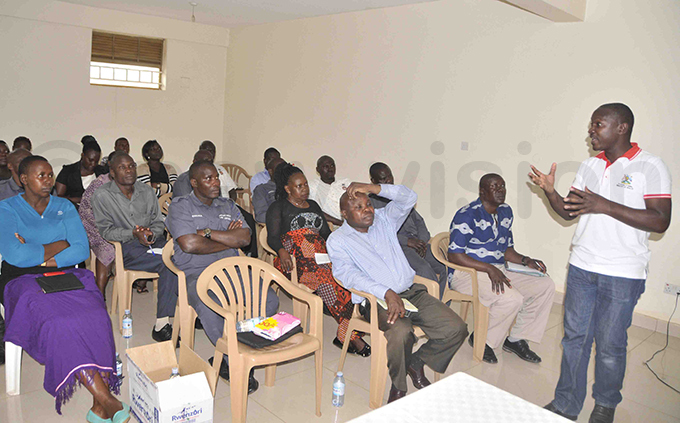 Moses Talibita, the UNHCO legal officer said for the past three years, they have sensitised people in Mukono, Kampala, Jinja and Wakiso about the law though many of the Ugandans are still ignorant about its existence.

Talibita said according to law, no one is supposed to smoke in or near any public place including nightclubs, bars, hospitals, sports arenas, children's playgrounds, markets, schools, hotels and restaurants among others.

"Because tobacco is still recognised as a commodity internationally, Uganda through the Tobacco Control Act is also not banning it but regulating its consumption because of the dangers it causes to smokers and non-smokers," he said.

However, Talibita said that there are some tobacco products which the act bans including shisha, electronic cigarettes, minaj, kubar and others.

He also highlighted that a person below 21 years of age is not allowed to get involved in any tobacco-related activities including sell, transportation and consumption.