The Police was investigating the circumstances under which 18-year-old Allan Kalule died at the hotel. 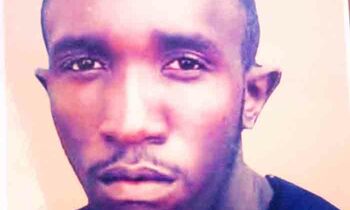 KASESE -  A study tour for Our Lady of Africa Secondary School in Seeta, Mukono District, turned tragic when one of the students was found dead in a swimming pool at Springs International Hotel s in Kasese town.

The hotel is located along Kilembe road, on Basecamp hill overlooking the headquarters of Kasese Municipality.

Confirming the incident on Friday, the Rwenzori East Spokesperson, Vincent Twesigye said police was investigating the circumstances under which 18-year-old Allan Kalule died at the hotel.

"The deceased, together with others, were on their field study trip and had gone to the Hotel for a night," Twesigye said.

Twesigye said he was informed about the incident by one of the police officers in charge of the hotel after Kalule's body was discovered floating in the swimming pool.

According to Twesigye, the victim was discovered dead at around 8 a.m on Thursday morning after he had allegedly drowned in the swimming pool.

"It appears this student didn't know how to swim or got a problem and they realized in the morning that he was missing when they were making a roll-call in the morning," he said.

The body was then picked from the pool and was immediately taken to Kasese Municipal Health Center III for a postmortem.

Twesigye said that two people, including a school teacher and the field trip coordinator, have been arrested and detained at Kasese Central Police Station to help in the investigations.

However, he reported that the Swimming Pool Attendant, Gerald Baluku is on the run.

When the members of the press visited the scene, they were blocked from accessing the pool by the security operatives manning the area.

One of the deceased student's grieved relatives from his home in Mbiko in Jinja, Siraji Kalema, said the family was unsatisfied with the police explanations, urging the law-enforcing organ to thoroughly investigate the matter.

In 2013, a casual labourer who was working at the same facility was also discovered dead in the swimming pool.

Kasese is popular for school study tours because of its tourist attractions including the defunct Kilembe Mines, Uganda's former copper-mining giant.