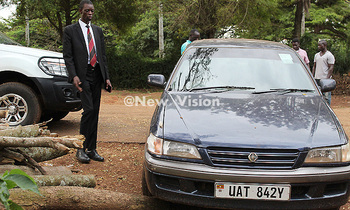 JINJA - When a letter arrived at the office of the Jinja resident district commissioner (RDC), his secretary thought it was one of those ordinary letters that come through. It was not.

This particular letter carried an unsual message: 'ATTENTION MR RDC/DISO/Head of security Jinja. Be reminded that the Premio car registration number UAT 842Y is a stolen car and is parked at the district headquarters Busoga square.'

Puzzled, RDC Eric Saakwa immediately moved out of the building to crosscheck.

Indeed, he found the said navy blue vehicle in the parking lot, with the key inside the ignition port -- right in front of the office building.

"The thugs took advantage of the medical camp that was here to dump the car," he said.

It emerged that after abandoning the vehicle at the offices Thursday evening, the unknown thugs later delivered the handwritten letter to Saakwa's office reportedly through a third party. 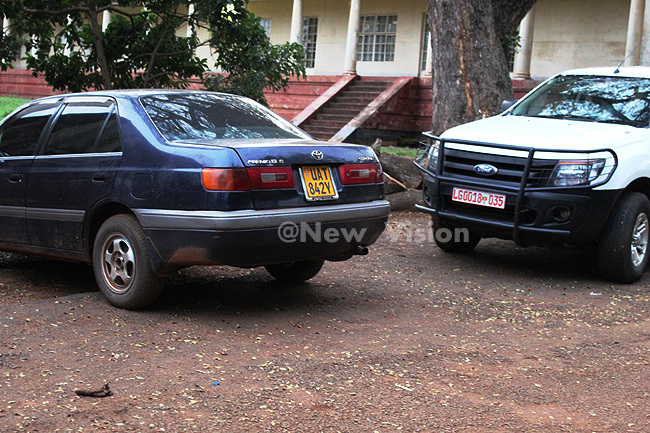 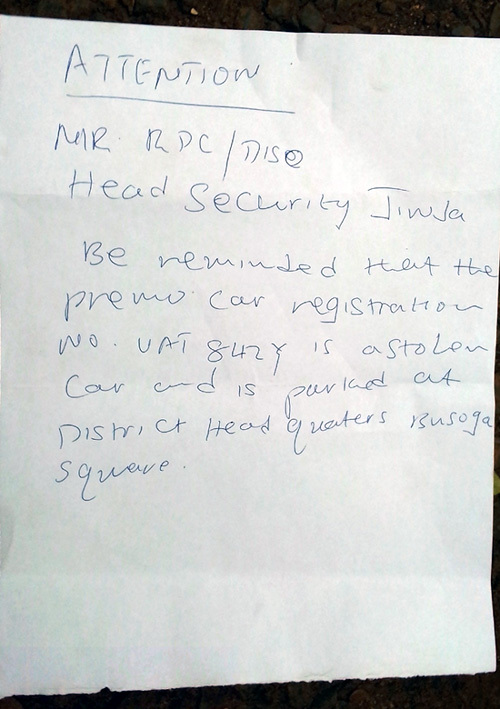 The letter that was delivered to the office of the RDC

According to the Saakwa, the thugs took advantage of the ongoing medical camp by the Indian Association at Busoga Square to drive the car to his office, also found in the same area.

The RDC later contacted the Police Flying Squad Unit, who informed him that a suspect in connection with the car theft had been arrested and under detention.

According to intelligence, the suspect, identified only as Katamba, was part of a racket of thugs said to have stolen two cars (Pajero and Noah) in Kampala and Entebbe.

The abandoned car and letter have since been handed over to Police as investigations continue.