Rangers headed by Warden in charge Karumà wildlife Reserve, Wilfred Chemutai managed to put the elephant out of action after it became violent. 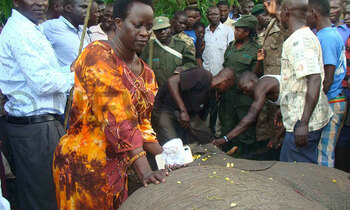 Rangers headed by Warden in charge Karumà wildlife Reserve, Wilfred Chemutai managed to put the elephant out of action after it became violent.

Chemutai said the elephant was injured and could not manage to go back to the National Park because the right leg got broken while crossing the road from Abang swamp on Wednesday night. 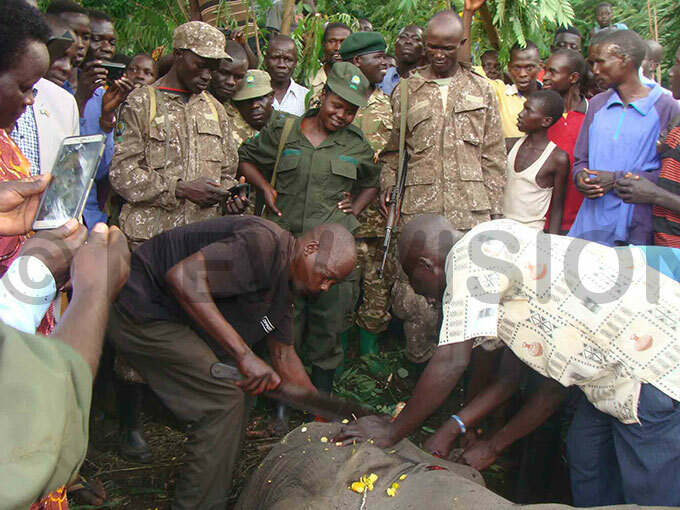 The communities sharing the meat from the elephant

The incident happened on the day one Benson Omara, 37, a catechist killed by a stray elephant on Wednesday was laid to rest.

A herd of elephants estimated to be over 30 in number, from Murchison Falls National Park on Wednesday strayed out of the protected area and as they were being driven back, a female elephant moving with calf is said to have attacked the catechist who was on his way to his garden.

After shooting dead the elephants, UWA removed the tusk and left the carcass to be shared by members of the local community.

Santa Alum commended UWA for agreeing to put down the elephant which was terrorising the community.

Alum noted that for the last two days, children were not going to school for fear of being attacked by marauding elephants that had invaded the area.

Nelson Adea also commended the Executive director of UWA Sam Mwandha for taking a tough decision that the distressed elephant be put out of action after it was seen destroying property from homes in the area. 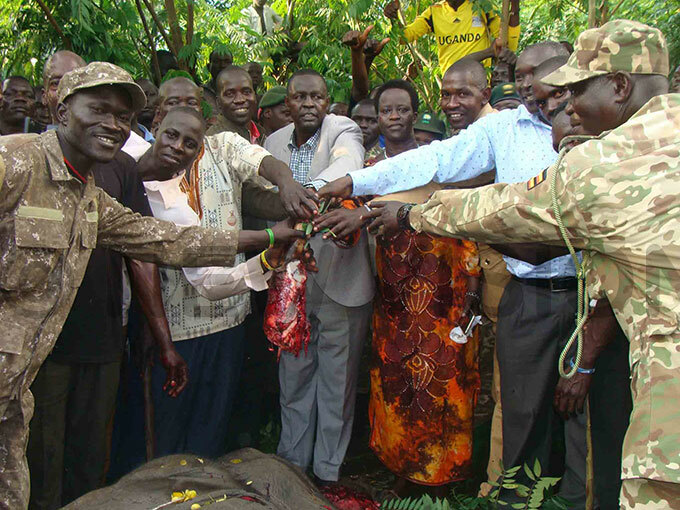 The Warden Community conservation attached to Murchison Falls National Park Wilson W Kagoro said sh2m was given as burial expense for Benson Omara who was killed by the elephant.

Motorists have been cautioned to drive with care along the Karuma Kamdini Gulu highway as elephants are now following the road in order to avoid trenches dung as obstacles.

The LC3 chairperson of Kamdini sub-county, Sam Ogwang Alunyu said motorist especially bus drivers moving at night should take extra care as elephants are now moving along the road around Nora, between Karuma and Corner Kamdini to avoid trenches as they cross into community gardens.