Isaac Sendegeya was shot dead at the door to his home at about 1:00 am on Sunday morning, shortly after he had parked his vehicle 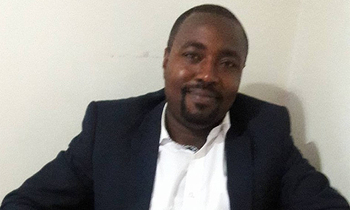 Residents of Mukingo in Chihe parish, Nyakinama sub-county, Kisoro district are in grief after their fellow resident was shot dead by unknown assailants.

He was shot dead at the door to his home at about 1:00 am on Sunday morning, shortly after he had parked his vehicle.

Sendegeya is the 15th person to be killed by gunmen since 2016 Ismail Sendegeya, the father of the deceased, said at about 1:30 am, he received a call informing him about the murder.

A boy (unidentified) who was staying with the deceased told Ismail that Sendegeya was shot dead by two people who were dressed in clothes similar to army uniform.

According to the boy, the lawyer made an alarm and when he opened the window, he saw two men in uniform shooting at Sendegeya before fleeing.

He waited for a few minutes before running to the neighbours for help. Ismail said he tried to contact Police for help in vain.

He went to his son's home and hooted, which attracted residents. The district Police commander, Patrick Charles Okoto, said Police are investigating the murder.

Residents expressed concern over the insecurity in the area and decried the rampant murders.

Residents claim that the people behind the murders are from DR Congo and Rwanda.

Abel Bizimaana, the district chairperson, said he nearly got censured in 2016 after he spoke against the presence of armed Congolese M23 rebels. He condemned the killing and asked security to arrest those behind the killing.

Ramadhan Ndikuyeze, the vice-chairperson of the National Resistance Movement in Kisoro, decried the insecurity.