Vipers on the spot for unveiling Police player

Police say Willa still has a running contract with them 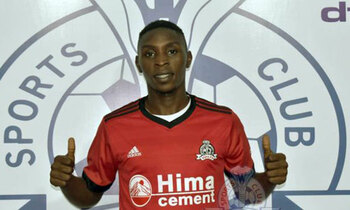 Police FC has said defender Paul Willa still has a contract with them despite the right back being unveiled by Vipers Sports Club on Thursday.

"Willa still has a running contract with us. If Vipers has any interest in him they should follow the right procedure. It is unprofessional for any club to unveil a player who is still contracted to another club," said Police FC's chief executive officer ASP Francis Kidega.

Willa, a former KCCA FC academy player was unveiled as Vipers player on a three-year deal for an undisclosed fee. He is supposed to be the Venoms second signing after Allan Kayiwa from Tooro United FC.

If everything goes on as Vipers planned, Willa will join former Police FC player Rahmat Ssenfuka, who signed for the Kitende based-side team last season.