Burials begin for the 16 victims of Lake Albert boat disaster 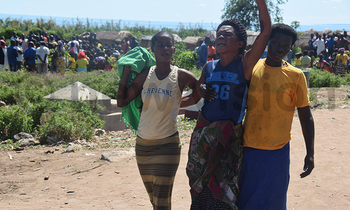 The search for bodies and survivors the accident on Lake Albert has been halted after 16 bodies were retrieved by a joint team of marine Police and local fishermen at Fofo landing site in Buseruka sub-county, Hoima district.

The Hoima district Police commander, Christopher Katumba, told New Vision that the last body was retrieved at around 10:00 am on Tuesday and that there is no other missing person that has been reported at the landing site.

Katumba said that information got from local residents and leaders indicates that at least 32 people were rescued and 16 bodies recovered making a total of 48 people who were thought to be aboard the doomed canoe. 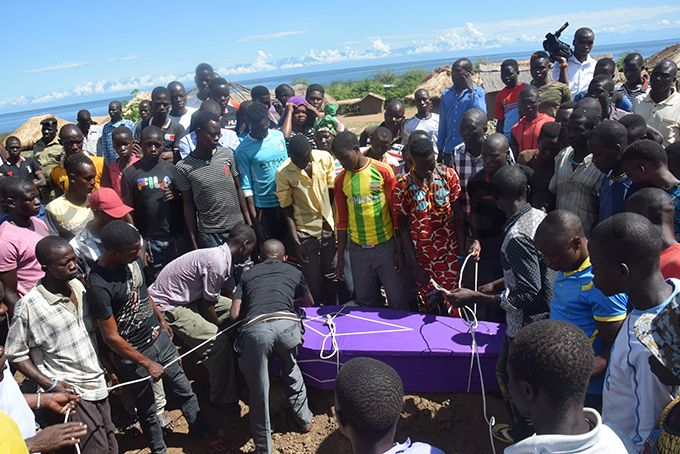 Residents lowering the remains of one of the victims of the disaster in a grave at Fofo landing site in Hoima district. Photo by Ismael Kasooha

"We have temporarily suspended the search because according to the residents, this could be the total number of people who were on the boat destined for a football match in Kigorobya sub-county," said Katumba.

Katumba said that if these people had life jackets, they would have been saved because the accident happened a few meters from the shores.

"Our people need to change the way they travel on water and put on life jackets if such accidents are to be avoided," said Katumba. 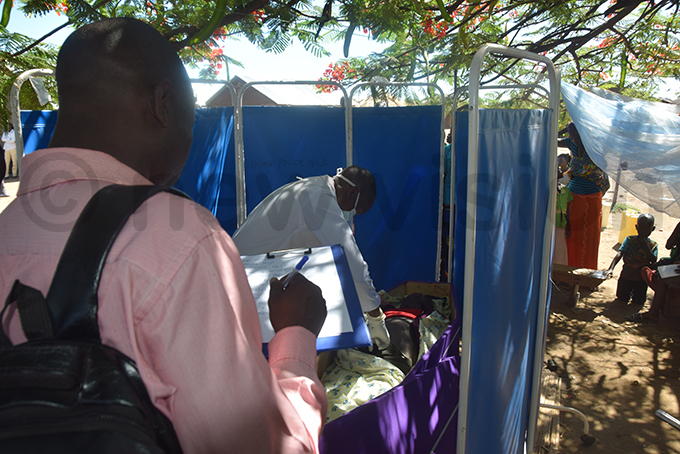 Ogen said that it was unfortunate to lose all these young and energetic people in a single accident yet they had not gone far into the lake's deep waters. 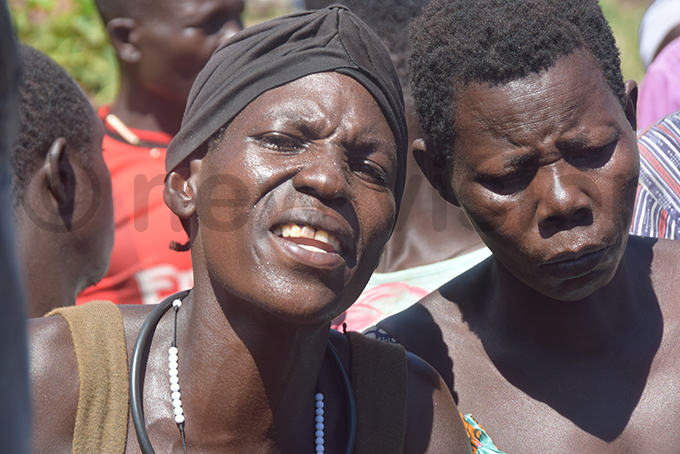 "Our village is mourning and nobody has gone to work because of this tragedy," said Ogen.

Ogen asked the government to provide lifesaving jackets to the landing sites so that such incidents can be avoided.

"We appeal to the government to buy life jackets and hand them over to LC1 chairpersons so that they can be used by those who cannot afford to buy them and avoid such accidents," said Ogen.

Pius Wakabi the area MP described the incident as unfortunate because they lost an entire football team in this incident. An orphaned child crying at the burial of her parent at Fofo landing site. Photo by Ismael Kasooha

Talking to New Vision, Wakabi said that this was one of the best teams in his constituency and was comprised of young talented players.

"This was one of the best teams in my constituency of Bugahya and unfortunately we have lost them all," said Wakabi.

He tasked the government to start walking the talk of when it comes to streamlining water transport instead of making empty promises.

"When we lost people in 2016 on this very lake, the government promised to streamline water transport but now it is 2019 and the same things are still happening while nothing has been done," said Wakabi. 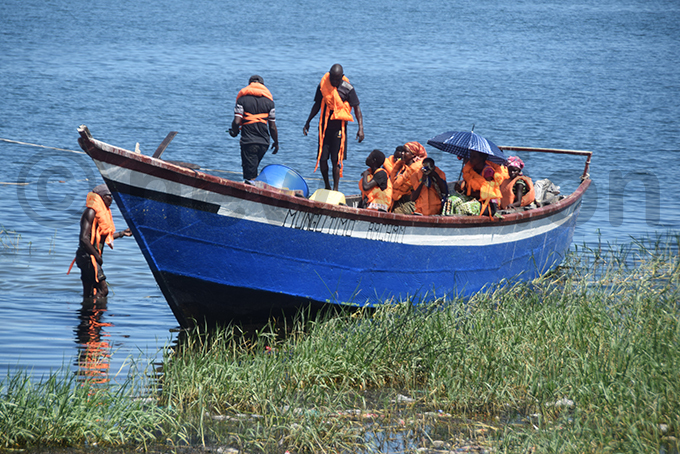 Search and rescue teams getting ready to resume their operation on Tuesday morning. Photo by Ismael Kasooha

He said that the minister for transport told Parliament that the government was to streamline water transport but unfortunately, nothing has been implemented.

Wakabi said that after such accidents, Members of Parliament want to task government to open up a road that will connect the landing sites right from Ntoroko to the last point in the north so that people can use road transport down the escarpment.

"If we had a road connecting these landing sites, our people would not go in for boats that have claimed the lives of many," said Wakabi.