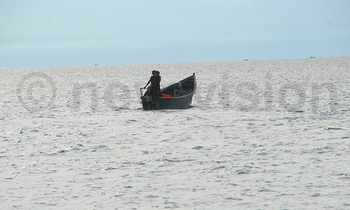 Sixteen bodies have so far been retrieved from Lake Albert following the capsizing of a boat on Sunday that was carrying football players and fans.

The joint search being led by the Police, UPDF marines and local fishermen retrieved six more bodies on Tuesday morning.

According to Christopher Katumba the Hoima district Police commander, the search for more bodies is still ongoing. 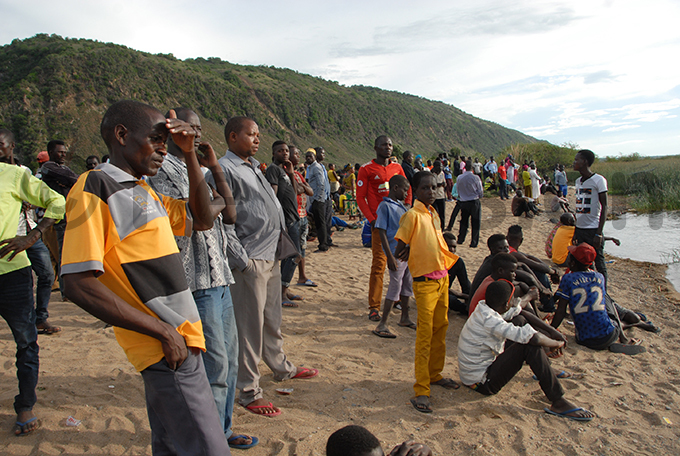 Relatives of the missing people following Sunday's accident gathered at the shores of Lake Albert in Fofo landing site in Buseruka sub-county as the search operation continues. Photo by Robert Atuhairwe

The accident occurred just 80 meters from Fofo landing site and the engine powered boat was thought to be ferrying over 60 people.

The footballers and fans were heading to Runga landing site in Kigorobya sub-county for two friendly matches between men and women.

According to the Police 32 people who comprised mostly of fishermen from Fofo landing site have so far been rescued.

The accident has been attributed to overloading and bad weather characterised by strong winds by the time the boat started its doomed journey.