The drop was largely a result of a drop in prices for freshwater fish, especially the Nile Perch 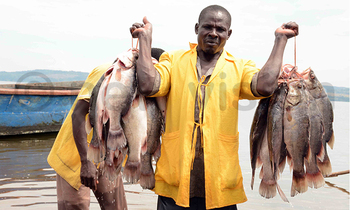 Average prices for fish dropped by 12.4% in December 2018, higher than an 11.8% decline recorded in November, the survey conducted by the Uganda Bureau of Statistics (UBOS) shows.

The drop was largely a result of a drop in prices for freshwater fish, especially the Nile Perch, following a temporary freeze on fishing to allow fish stocks to recover.

Some of the prices of food stuffs sold at Nakawa Market on Wednesday. Photo by Juliet Kasirye

The producer price index is used by the government and other entities to guide policy and decision-making and by international organisations to monitor and compare economies, among other uses.

The Nile Perch is Uganda's most valuable ﬁsh species. An aquatic study conducted in Lake Victoria by Uganda, Kenya and Tanzania in 2017 revealed a 30% increase in stocks.

The latest survey carried out between September and October, shows that quantities of the Nile Perch have increased from 393,335 metric tonnes last year to 457,248 metric tonnes this year.

The increase in stocks of the Nile Perch was attributed to the enforcement measures against illegal ﬁshing practices that were intensiﬁed in Uganda and Tanzania.

The new UBOS survey shows that the prices of several other food crops, except for rice, have also dropped over the last two years.