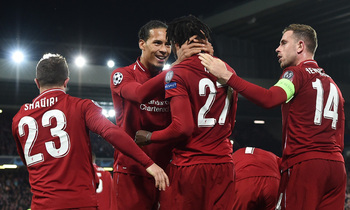 Liverpool produced one of the most stunning comebacks in Champions League history as Divock Origi and Georginio Wijnaldum scored twice to beat Barcelona 4-0 and progress to the final for the second consecutive year 4-3 on aggregate on Tuesday. 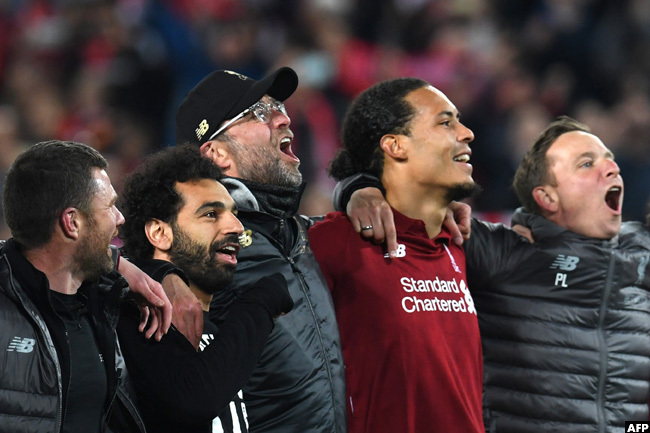 The Reds not only had a mountain to climb on the scoreboard, but were deprived of two of their most potent attacking weapons in Mohamed Salah and Roberto Firmino due to injury.

However, Origi and substitute Wijnaldum were the unlikely heroes as Barca surrendered a three-goal first-leg lead to exit the Champions League for the second straight season after blowing a 4-1 advantage against Roma in the quarter-finals last year.

"Once again we showed that everything is possible in football," said Wijnaldum.

"I was really angry at the manager that he put me on the bench but I had to do something to help the team when I came on.

"We believe it from the start. People from outside (the club), they thought it was not possible, but we still managed to do this."

Despite the despondency of losing Salah and Firmino, Jurgen Klopp's men never lost faith and were accompanied by a typically raucous Anfield atmosphere on a European night.

Origi would almost certainly not have started had Salah and Firmino been fit.

But the Belgian has made a habit of scoring important goals in Liverpool's challenge for a first Premier League title in 29 years and he had his first ever in the Champions League on seven minutes on the rebound after Marc-Andre ter Stegen had denied Jordan Henderson's initial effort. 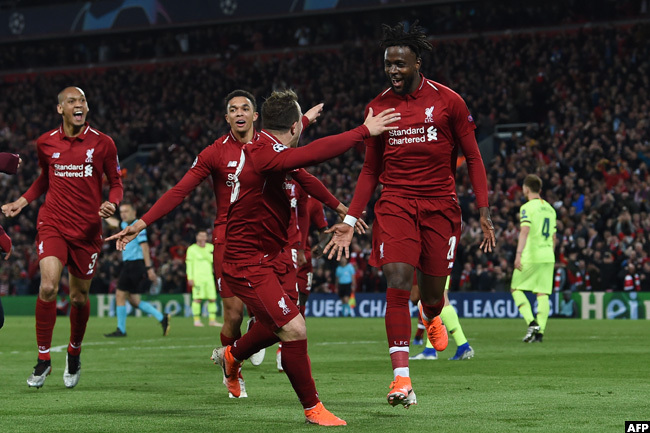 Origi had a memorable night, scoring twice in a historic performance against Barcelona

Liverpool have blown plenty of sides away in early bursts under Klopp, most notably hitting three inside the first half-hour at Anfield against Manchester City in last season's Champions League quarter-final.

However, the visitors soon started to pose a threat themselves in search of the away goal that would kill the tie.

Lionel Messi had seemingly turned the tie in Barcelona's favour late in the first leg with a brilliant free-kick and his first effort was tipped over by Alisson Becker before the Brazilian denied international teammate Philippe Coutinho.

Another former Liverpool favourite Luis Suarez promised not to celebrate if he scored on his former stomping ground, but there was no love lost for the Uruguayan among the home faithful as he was showered with abuse after trying to buy cheap free-kicks.

Liverpool were seemingly dealt another injury blow as Andy Robertson could not continue after half-time, but he made way for Wijnaldum with James Milner moving to left-back. 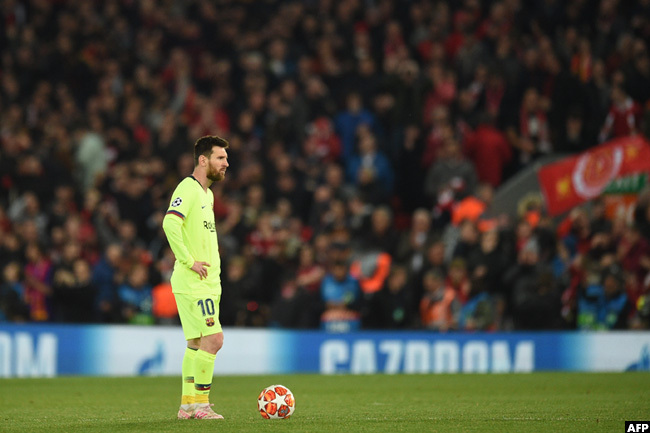 Anfield screamed: 'You Will Never Walk Alone'. But for once there, Lionel Messi stood alone - shell-shocked and forlorn

"Who's going to the final? We are. That's all that matters," said Robertson, who appeared to suffer the injury in an off-the-ball incident with Suarez.

"I've said so many times this season but what a team. We believe. People wrote us off, but we believed if we got off to a good start we could do it."

Alisson made another important save from Suarez before Wijnaldum sent Anfield wild twice inside two minutes.

Firstly, the Dutch midfielder was picked out by Trent Alexander-Arnold's low cross and drilled under Ter Stegen.

And from Liverpool's next attack, Shaqiri picked out Wijnaldum to head home at the Kop end.

Barca coach Ernesto Valverde tried to restore some order as Coutinho, who cost £142 million ($186 million) when moving between the clubs in January 2018, was replaced for the second time in the tie by Nelson Semedo to allow the visitors to switch to a four-man midfield.

The change briefly had an impact, but Barca were inexplicably caught cold from a quick Alexander-Arnold corner 11 minutes from time that picked out Origi completely unmarked to fire high past Ter Stegen.