Owera says the situation is worse at night when the power goes off and vendors litter human waste on the floor. This paves way for hygiene related diseases like cholera to spread. 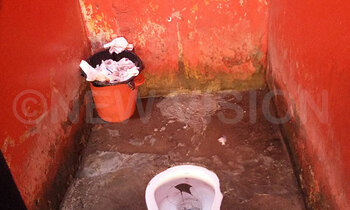 KAMPALA - When John Katende, a vendor at St. Balikudembe Market in downtown developed a stomach upset last week and delayed in the bathroom stall, he caused congestion outside.

Market vendors piled up as they waited for Katende to walk out. Katende noted that due to poor hygiene in the lavatories at the market, he usually suffers from stomach upsets.

Similarly, Night Nalyatte another vendor told New Vision that due to inadequate toilet facilities, the lavatories are always congested.

"That is why whenever someone delays in the bathroom, people lose patience and knock the doors impatiently," she says.

Vincent Owera (a trader) also said he has been treating endless Urinary Tract Infection (UTI) for the last 10 years resulting from dirty toilets at the St. Balikudembe Market.

With an estimated 50,000 vendors working at St. Balikudembe Market every day, the toilet facilities are too few to contain the pressure from users.

Owera says the situation is worse at night when the power goes off and vendors litter human waste on the floor. This paves way for hygiene-related diseases like cholera to spread.

Kampala with a population of 4.5 million people according to the 2014 National Population and Housing Census 2014 has a toilet shortage amounting to 4,144 toilets.

Carol Nakiganda, a nurse at the Family Clinic at St. Balikudembe revealed that UTIs and typhoid are common in the market and linked them to dirty toilets. 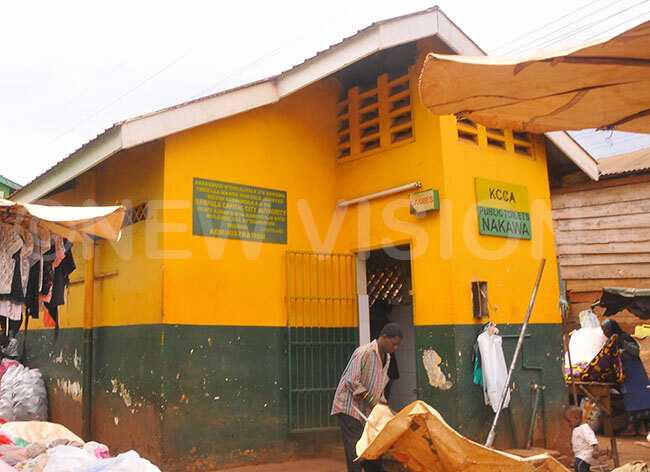 "Most of our patients from the market complain of a headache but when we diagnose them, you find out that they have UTIs and Typhoid," Nakiganda said.

Godfrey Kayongo Nkajja, the Executive Director of St. Balikudembe agrees that the public toilets at the market are not enough for the population.

"The problem is compounded with people who use the toilets and leave them dirty even after the water is provided for them," Kayongo said. "Sometimes, women dump used sanitary towels inside which end up blocking the drainage system."

The 2018 report by Knight Frank cites a shortage of toilets in Kampala, noting that the few available facilities are run by private individuals, who charge between sh500 and sh200 for both long and short calls, depending on the location of the facility.

However, for many city dwellers spending sh1000 on toilets every day is a big loss. The situation is almost the same in most of the parts in Kampala including in public places.

The doors at the toilets of Nakasero Market are in bad shape without a locker that in case someone comes to use the facility, you have to shield yourself for privacy.

Inside the toilet are open buckets where used tissues and pads are thrown. The low sides of the toilet walls have algae.

The director Nakasero Market, Fred Ochieng said the market with 800 people has 26 toilet stalls which are not enough. 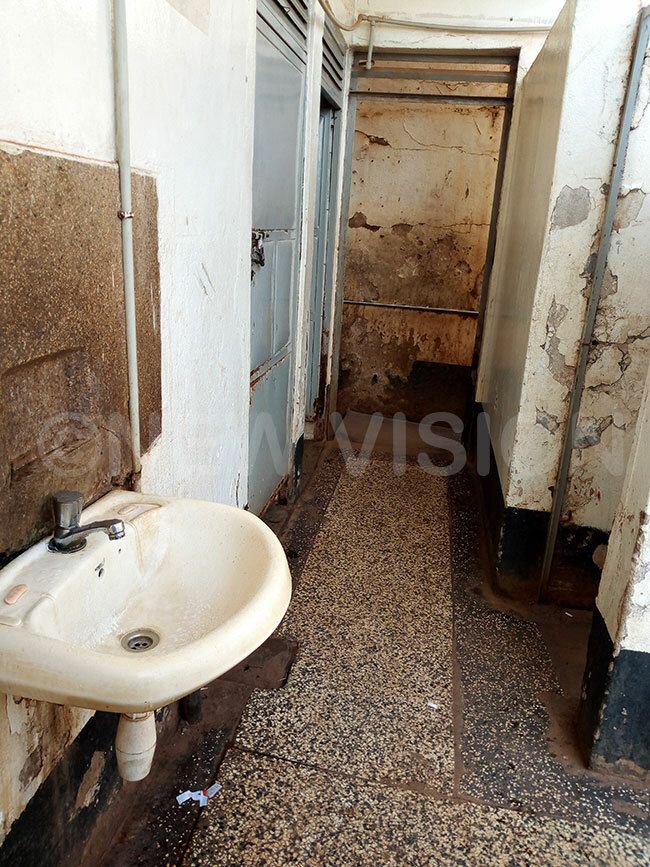 The smell of the toilets welcomes you to the mall and leads you direction upstairs to the facilities. The smell is rancid yet a person must pay sh300 before accessing them. The toilet stalls don't flash and inside are dustbins at the corner probably for waste and are full to capacity.

At the entrance, one is handed a tiny toilet tissue that would only be enough for a small child. Occasionally, the women's section is intruded by men.

As some women get hold of their dresses not to touch the water on the floor as they squat, they hear male voices right behind them.

"Imagine! Sharing toilets with people of the opposite sex? I could literally see the men doing their things in the urinals," said one of the women.

At Sunset Arcade, the toilets are accessed after paying sh300. But there are only two toilet stalls for men and women and are busy almost all the time.

There is a sink outside the toilets but no soap to use for washing hands.

The first toilets are labelled "women" and as the men pass by to reach their end, they see what women are doing. One pays sh200 to enter the toilets for whatever reason.

The toilets at Lugogo shopping mall have a damp smell, most likely as a result of the total lack of ventilation. The lights are continually kept on, and certainly cannot be used during a power blackout at day time.

Also, because the entries to the ladies and gents bathrooms are not clearly marked, female users easily continue up to the gents section before realising that the ladies are inside one of the unmarked doors.

The toilet facilities at the City abattoirs are sparkly clean with white tiles. There are squatting pan toilets. A user pays sh200 and is handed a 15-inch piece of white tissue. There is a clean white sink with running water as well. The toilet has no air freshener but smells fresh as a result of partly having an open roof.  Obviously, there is an effort to keep the toilets clean. 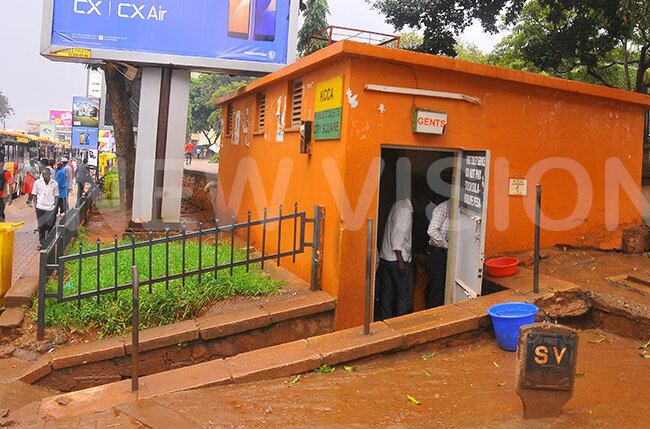 The most annoying thing to the traders at this arcade is that their rent doesn't include using washrooms so they have to pay sh200 each time.

Traders complain that at the end of the day, one uses a minimum of sh1000 on toilet facilities. Whereas the toilets are cleaned regularly to maintain hygiene, the biggest challenge is that both men and women use the same facilities.

Lavatories in Universities would be the last resort for Ugandans who want clean facilities. Unfortunately, Makerere, Kyambogo and Nakawa universities are not any better. Whereas at Kyambogo lavatories are filthy and shaky, those at Makerere University regularly run without water.

In Kampala, the state minister Benny Namugwanya revealed recently that City Hall is set to construct 300 public toilets to address the shortage. This followed an outbreak of cholera in Kabowa a city suburb. Namugwanya noted that the city had received $4 million dollars from the Bill and Melinda Foundation to build toilet facilities in the city.